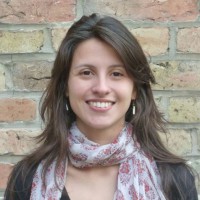 Paula Rettl was a Master student in European Affairs at Sciences Po Paris. During her Master she focussed on political analysis and democracy at the European level. She holds a Bachelor’s Degree in Geography by the State University of Campinas (Brazil) and studied political theory and sociology for one year through a bilateral agreement at the University of Copenhagen. Previously, Paula completed an internship at the European Policy Centre in Brussels.

Her main research interests include political theory, theories of regional integration and democracy at the supranational level. During her internship at UNU-CRIS, Paula was supervised by Luk Van Langenhove and worked on the following projects: “Regional Leadership of States and Organisations in the Mediterranean after the Arab Spring” and “Integration, Devolution and Regional Leadership”, the latter being placed in the context of the GR:EEN research programme.