Regionalism and Ideology: How Do Presidential Changes Affect Regional Organisations in South America? 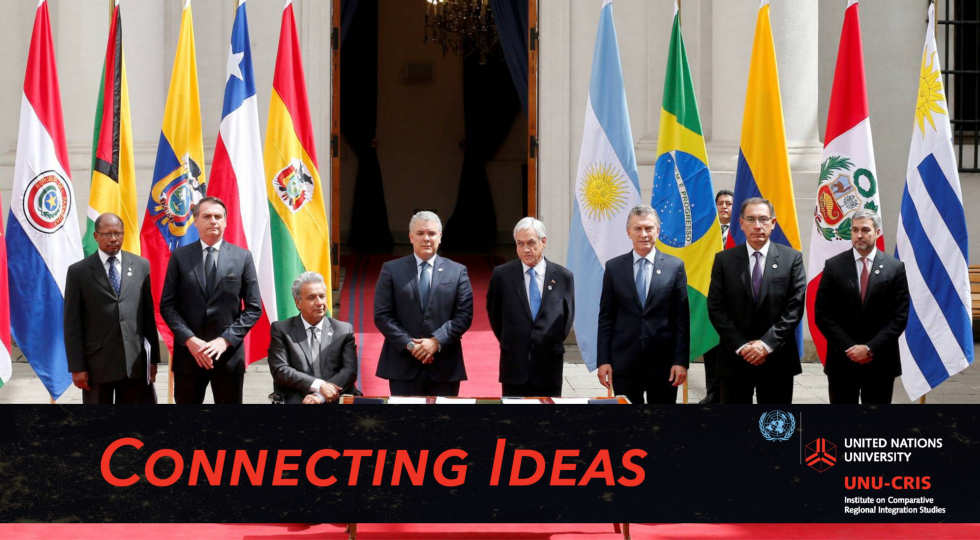 The South American political landscape has been in a constant flux during the new millennium. In less than two decades, the region has gone through successive waves of left and right-wing presidents. The constellation of heads of state has played an important role in regionalism, changing, and challenging the configuration of regional integration according to their ideological positions.

Regionalism in South America is a complex system composed of multiple regional organisations (ROs) based on different objectives, scopes, and political and economic models. Characterised by different evolutionary phases, South American regionalism in the new century is considered post-hegemonic, in which neoliberalism and free market and free trade forces no longer predominate, as they did at the end of the 20th century. The post-liberal ideas of strengthening political and functional cooperation have gained strength, generating diverse narratives about the conceptions of integration and cooperation. This diversity has fostered both union and fragmentation in the region, reflected in the emergence of new regional cooperation projects with opposing political bases such as Unasur and Prosur. Existing ROs oriented towards economic integration have also developed different visions of economic development such as Mercosur, CAN, and the Pacific Alliance.

The multiple conceptions of how regionalism should be developed in South America have been linked to the political cycles that the region has experienced in the last two decades, alternating between a majority of left-wing or right-wing presidents. In the 2000s the pink tide, a term used to describe the wave of leftist (or centre-left) South American presidents, peaked at eight out of 12 presidents in the region in 2008. During the 2010s, conservative governments returned and ruled out seven out of 12 South American states in 2018. Presidents have played a major role in South American integration, influencing the objectives and capacities of ROs. This role, however, has on several occasions become an obstacle to regional integration. The cycles and political heterogeneity during these periods have been decisive for the current regional configuration, which some consider to be in decline, accelerated by the political crisis in Venezuela and the Covid-19 pandemic.

As we are witnessing a possible new pink tide with the recent possessions of leftist presidents in Argentina, Peru, Bolivia, and Chile and with upcoming elections challenging right-wing incumbents in Colombia (May 2022) and Brazil (October 2022), the question of presidentialism and ideology changes in South American regionalism is resurfacing. Using the case of the upcoming elections in Colombia, how could changes of president and ideology within the government affect integration in the region?

Presidentialism is not only the common denominator of most political regimes in South America but also a determinant of the integration processes in the region. By tending to have a greater concentration of substantial power than parliamentary systems, South American presidents have a significant capacity to manage foreign policy matters. This characteristic could be positive for regional integration because it allows political leaders to overcome obstacles that may be presented by institutions with veto powers such as legislatures or parliaments. However, in the region, presidentialism has in practice become more of an obstacle to regionalism than an obstacle remover.

In South America, the interests of the presidents in office and the ideology that guides their vision of how regional integration should be pursued are one of the determining factors for the current regional complex architecture. If there is a concordance of ideologies among the presidents, institutional success can be generated. However, when there is a clash of ideologies, the integration process tends to stagnate and even suffer crises that lead to the collapse of ROs or the creation of new organizations that seek to circumvent existing ones.

South American Presidents in Santiago, Chile, for the declaration of creation of Prosur (2019). Image credits: CELAG

Although ideological heterogeneity or homogeneity is not the only determinant of whether regional integration advances or stagnates, South American regionalism shows several examples of how it can bring about changes in integration processes. One of these is the case of the Andean Community of Nations (CAN). This RO, comprising Colombia, Ecuador, Bolivia and Peru, experienced its most successful phase of integration in the early 1990s, with a great ideological homogeneity among its members under the principles of less state intervention in the economy and greater trade liberalisation, which resulted in increased trade and investment between countries. However, the CAN has suffered weaknesses in its integration process since the early 2000s due to ideological disagreements and the scope that the organisation should have. Venezuela, who had joined in 1973, withdrew from the organisation during the government of Hugo Chávez because of disagreements with the neoliberal model pursued by the CAN and because the organisation was reluctant to promote political cooperation, which the Venezuelan leader wanted to boost in the region. Since then, the CAN has continued in a decline that has not yet been overcome.

Another similar example is the Union of South American Nations (Unasur), an RO that encompassed all South American countries under a broad political agenda.  Born during the pink tide of the 2000s, Unasur initially benefitted from an ideological homogenization in most of its member states, which resulted in advances in diverse policy fields, from security to health, which led it to be considered the most advanced South American integration process. However, during the political shift to the right of 7 out of the 12 countries in the region by 2018, including in the initial regional leader Brazil,  a series of internal problems such as the inability to elect a secretary general aggravated. Since 2019 most of its members have withdrawn or suspended their membership.

The Upcoming Presidential Elections in Colombia: A Probable Shift in Foreign Policy Towards Regional Integration?

Colombia has been characterised by having centre-right presidents both during the pink tide at the beginning of the century and during the more recent conservative wave. Their governments have followed the tendency to be commercialist and promote trade liberalisation as a method for integration in different ROs such as the CAN or the Pacific Alliance. The latter was founded in 2011 under the principles of open regionalism by Chile, Peru, Mexico, and Colombia. Similarly, the incumbent Colombian president, Ivan Duque, was one of the promoters of the Forum for the Progress and Development of South America (Prosur), created by conservative South American governments in 2019 as a counterpoint to the weakened Unasur. 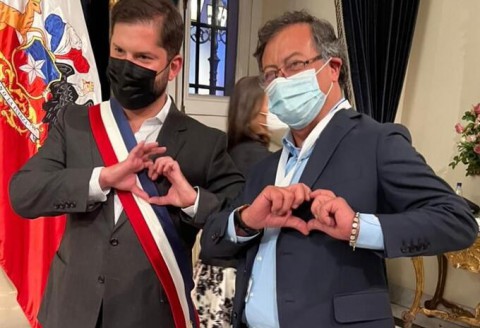 The presidential elections taking place at the end of May 2022 could bring about a change of course in Colombia's long-standing policy of integration towards the region. While regional integration issues are usually not a priority for the presidential candidates during the campaigns, some of them refer to integration in the region in their government programs. Of the four candidates leading in the polls - Gustavo Petro, Federico Gutierrez, Rodolfo Hernandez, and Sergio Fajardo - only Petro and Fajardo make specific mention of the role Colombia should play in the ROs of which it is a member. The conservative candidate Gutierrez, former mayor of Medellín and second in the polls, only refers to regional integration through the binational relations with the individual states, such as Ecuador and Brazil. Hernandez,  former mayor of Bucaramanga and candidate on behalf of an independent political movement, only stresses the need to re-establish relations with Venezuela and to strengthen Colombia's relations with other regions of the world. For his part, Fajardo, a centre-left former mayor of Medellin, proposes to prioritise the Pacific Alliance and the reactivation of the CAN, as well as to increase participation in other South American regionalisms of which Colombia is an associate member. Finally, Petro, who is a leftist former mayor of Bogota and the most likely to win the presidency, prioritizes the unity of the peoples of the Americas and the reestablishment of the Andean Pact, the predecessor of the current CAN. The latter goes hand in hand with the statements made by the Colombian candidate after a meeting with the recently inaugurated president of Chile, Gabriel Boric, in which he spoke of a renewal of the Andean Pact with the aim of generating a policy of industrialisation in South American countries.

The prospect of a possible progressive government in Colombia leaves several open questions regarding the future of South American regionalism, considering the current and potentially further increasing majority of leftist governments in the region. How much would this majority impact the agendas of ROs such as the Pacific Alliance, which had been characterised by a liberal economic agenda? Would a new RO be created to resemble to revive the Andean Pact? Would regionalism based on political rather than commercial projects be prioritised? Conversely, a victory of one of the Columbian candidates who have so far demonstrated little interest in regional integration in their government programme would invite the question whether the country is able to sustain its the current regional policies.

What is certain is that this emerging new political cycle will once again increase the complexity of South American regionalism. The region is likely to see the creation of new projects as well as the deserting of existing organisations if they cannot be reformed. Ideological dividing lines between new presidents and the predecessors, as well as between the sitting presidents of the same cycle remain a key factor for regionalism, if strong supranational institutions are absent.