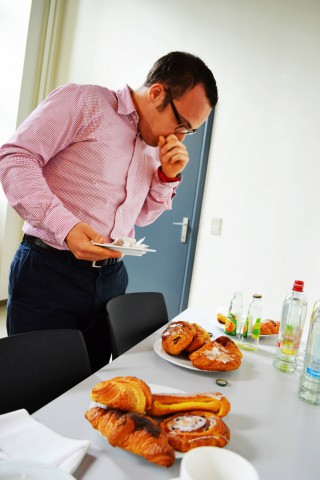 This initiative was launched in November 2010, and evolved into a popular monthly activity. Young researchers are invited to present their incipient research for early guidance or the final findings of their project before the submission of their work. They thereby test their ideas in front of an audience and receive feedback and advice from their peers.

These brunches importantly contribute to fostering the internal dynamics of the institute, be it from an academic or a social point of view. They strengthen the multidisciplinarity of the research performed thanks to comments from researchers working in other fields. It highlights synergies among the various researchers’ interests and foci.