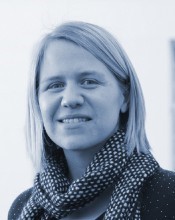 The paper examines to what extent human rights NGOs influence the European Union (EU)’s promotion of human rights in the post-Soviet space, and what factors explain that influence. In doing so, it focuses on the role of NGOs as ‘catalysts’ and conceptualizes influence in terms of the first face of power by following a definition of influence that closely captures the notion of NGOs as catalysts that rely on the intentional transmission of information: when one actor intentionally transmits information to another that that alters the latter’s actions from what would have occurred without that information. In assuming that influence in the context of EU lobbying is exercised primarily through the informational service that interest groups provide to EU decision-makers, influence is operationalized as the degree to which policy outcomes (i.e. EU diplomatic activities promoting the respect of human rights) are the result of NGOs’ intentional transmission of information. Accordingly, the paper hypothesizes that there will be variation in the extent to which human rights NGOs influence the EU’s human rights promotion depending on a number of factors relating to how human rights NGOs gather and transmit information. To assess the influence and test the possible explanations, the paper applies the ‘attributed influence’ method by means of two separate online surveys. In the first survey, representatives from human rights NGOs who actively lobby EU officials involved in the decision- and policy-making process of the EU’s diplomatic activities in the post-Soviet space are asked to provide a self-assessment of their influence. In the second survey, the institutional actors involved in the decision- and policy-making process of the EU’s diplomatic activities in the post-Soviet space – i.e. representatives from the European Commission, Council, European External Action Service and European Parliament – are asked to assess the influence of human right NGOs.