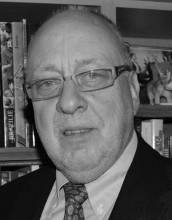 The paper analyses the dominant “ASEAN Way” approach of interstate relations and cooperation in Southeast Asia, and its implications for the “reduction of the development gap” (RDG) in ASEAN, in particular with Cambodia, Laos, Myanmar and Vietnam (CLMV).  In spite of regular lip service paid to “RDG”, what has been done until now is far from enough, since convergence in terms of income per capita and development levels between ASEAN-6 and CLMV is only to a limited extend the result of RDG and its pace are too slow.

Because of the “ASEAN Way” the formulation of the RDG strategies is often slow and reversing course, and the strategies adopted and finally implemented are not sufficiently of a “positive discrimination” nature.  Also the immediate national interests of the high-income and middle-income member countries are hampering the adoption of real regional policies and programmes of RDG.

There is a need of directing development funds to these countries. With the help of the Asian Development Bank and other regional and multilateral financial institutions, even the meager development cooperation funds thus assembled, could leverage a multitude of loans and funds from donor organisations and countries, including the EU and its member countries.