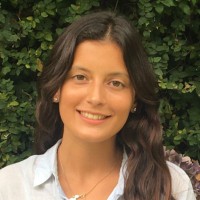 Regarding her professional experiences, Rita has worked at a think tank in Prague where she conducted research on European affairs and geopolitics. She then pursued an internship at Finabel, an organisation that promotes the interoperability of member states military forces, where she contributed to many research papers focusing on new security and defence developments in the EU.

During her three month’s internship at UNU-CRIS, Rita worked under the supervision of Ine Lietaert in the Migration and Social Policy Cluster. She assisted in writing a working paper concerning the assisted return programmes implemented in some European countries. Additionally, she supported the preparation of a seminar and contributed to the systematic literature reviews on particular migration-related topics.