Robert Elgie (†) was the Paddy Moriarty Professor of Government and International Studies at Dublin City University. He was the editor of French Politics and the Review Editor for the journal Government and Opposition. He was the lead co-editor of the Oxford Handbook of French Politics to appear in 2016. He worked extensively on the concept of semi-presidentialism to the extent that his definition has been adopted as the scientific standard. 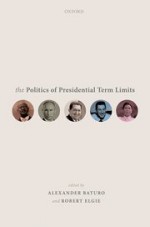