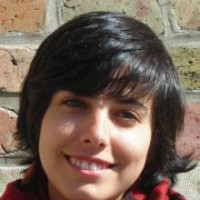 Roberta Mulas studied International Relations at the University of Bologna and wrote her Master thesis on the nuclear policy of Iran during the first Ahmadinejad presidency. She conducted such research while on a visiting student programme at the University of California, Los Angeles (UCLA).

In the spring of 2010 she worked as an intern in the disarmament sector at the Permanent Mission of Italy to the United Nations in New York. She has also been a research intern at the Peace Research Institute Frankfurt, where she wrote a paper on the topic of nuclear weapons free zones.

At UNU-CRIS, Roberta Mulas continued her analysis of nuclear weapons free zones looking at the possible contribution of the European Union. She worked under the supervision of Professor Ademola Abass and Francis Baert until the beginning of July 2011. 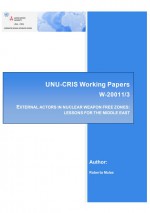