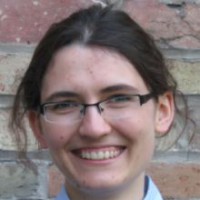 Roza Smolinska holds a Master’s Degree in European Studies from the University of Warsaw, Poland. She was also an exchange student in the field of Political Science at the Institut d’Etudes Politiques in Rennes, France. Her research internship at UNU-CRIS was an integral part of the research conducted for her master thesis within the EU International Relations and Diplomacy Studies Programme at the College of Europe in Bruges, Belgium.

Her research interests include EU external relations and diplomacy, EU as interregional actor with special focus on its relations with Asia and partnerships with emerging powers such as China and India, the role and influence of mutual perceptions in international relations.

Roza Smolinska worked under the supervision of Dr. Luk Van Langenhove until the end of June 2011.