Dr. Sören Stapel joined the Chair for Multi-Level Governance (Prof. Dr. Diana Panke) at the University of Freiburg in December 2019. He is leading the project “Overlapping Regionalism in Africa, the Americas, Asia and Europe Compared”, which is funded by the German Research Council (DFG).

Dr. Stapel studied political science at Freie Universität Berlin and Université de Montréal with a specialization in International Relations and Comparative Regionalism. Previously, he was a research associate at the Research College (KFG) “The Transformative Power of Europe?” and the Collaborative Research Center (SFB) 700 “Governance in Areas of Limited Statehood” at Freie Universität Berlin. In 2016, he defended his PhD thesis on diffusion processes between regional organizations in the area of democracy, human rights, and rule of law promotion and protection (summa cum laude). Afterwards, he was a post-doctoral researcher at the School of Global Studies at the University of Gothenburg in the project “External Funding of Regional Organizations in Africa – What works, and why?“ (EFRO), funded by the Swedish Research Council (VR). In the academic year 2018-19, he served as the interim Chair for International Organizations and Globalization at Friedrich Schiller University Jena.

Since 2018, Dr. Stapel has been a co-spokesperson of Standing Group on European Studies and Comparative Regionalism (AKER) of the German Political Science Association (AKER). Previously, he was one of the coordinators of the DVPW’s thematic group on comparative regionalism between 2015 and 2018. 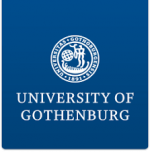 Mapping and Problematising External Funding to the African Union and the Regional Economic ...