Professor Baier is a Professor in the John E. Walker Department of Economics and is currently serving as Department Chair. From 1996-2000, he served on the faculty in the Department of Finance and Business Economics at the University of Notre Dame. He joined the faculty at Clemson in 2001. From 1999-2012, Professor Baier was a visiting scholar at the Federal Reserve Bank in Atlanta. From 2007-2008, Baier was a Senior Economists on the Council of Economic Advisers. As a member of the Council of Economic Advisers, he provided economic analyses of current events, pending legislation and, and assisted with the production of the Economic Report of the President. Baier's award-winning research focuses on international trade, and economic growth and development. His project, 'The Causes and Consequences of Regionalization' was supported by a grant from the National Science Foundation. Two of Baier's articles have been recognized with 'best paper' awards in recent years. His recent paper 'How Important are Capital and Total Factor Productivity for Economic Growth?' (joint with fellow Clemson Economics Robert Tamura, and Jerry Dwyer of the Atlanta Fed) won the 2007 Best Article Award in Economic Inquiry. His paper on 'The Growth of World Trade' (with Jeff Bergstrand) won the Bhagwati Award for the best paper in the Journal of International Economics in the years 2001 and 2002. 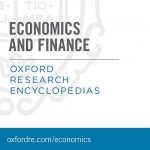