Serena is a Postdoctoral Researcher at the Institute for European Studies (IES) and the Department of Political Science of the Vrije Universiteit Brussel (VUB). She teaches "Gender, Diversity and Politics" at the Inter-University MA Program in Gender and Diversity (UGent – VUB – KU Leuven – UAntwerpen – UHasselt), and coordinates the second edition of the research programme Evaluating Democratic Governance in Europe (EDGE) together with Dr. Ferran Davesa.

Serena is part of the IES cluster Migration, Diversity and Justice, as well as a member of the VUB RHEA Centre of Expertise on Gender, Diversity & Intersectionality, the Brussels Interdisciplinary Research centre on Migration and Minorities (BIRMM), and an associate member of the European Academic Network on Romani Studies. In her PhD thesis "Romani Women in European Politics. Exploring Multi-Layered Political Spaces for Intersectional Policies and Mobilizations" (2013-2017), she has investigated whether contemporary European multi-layered political spaces contribute to fostering or hindering intersectional policies and mobilizations, both at the national and the transnational levels.

From 2009 to 2012 Serena worked in the International Development Co-operation sector in the Western Balkans and coordinated Humanitarian Aid interventions in Eastern Africa. 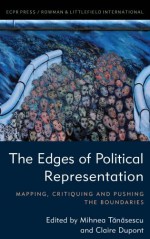