In investigating the relationship of the European Union (EU) and the East Asian region, and the comparisons of these two regions, this special issue on European and Asian Regionalism: Function and Form brings together a collection of articles that contributes to an understanding of these regions – and regional bodies – in an interdisciplinary and comprehensive manner. They contribute to our understanding of the EU as a political, economic!

In comparative regional integration (RI) analysis, the European Union's (EU) advancing of its own experience as a model is a significant problem. This article explores this problem by focusing on comparative aspects of RI in the EU and East Asia. It argues that there are important and valid aspects of comparison, such as the origins and objectives of these two regions, but fewer points of comparison between the two when it comes to achieving their objectives. It suggests that historical differences between the two regions constitute the major reason that a direct comparison is neither useful nor productive. It analyses the centrality and the exceptionalism of the EU in much of the comparative RI literature. It agues that the promotion of the EU experience as a form of model or paradigm is far from analytically helpful – the method of comparative analysis needs be the focus of our study as much as the objects of comparison. The article examines how the centrality of the EU in some analysis can amount to a form of de facto snobbery in the positioning of the EU on a rather unsteady pedestal. This ‘integration snobbery’ – to coin a phrase utilized by an EU official – is not constructive for comparative analysis of the EU and East Asia. 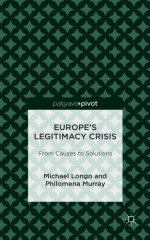 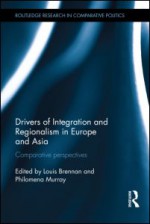 Drivers of Integration and Regionalism in Europe and Asia - Comparative Perspectives 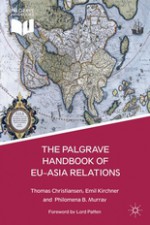 The Palgrave Handbook of EU-Asia Relations