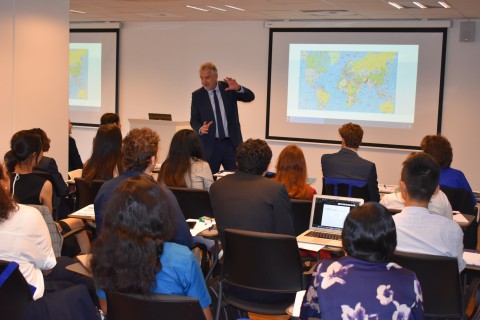 The visit to the European Commission started at 9 when we entered in the Charlemagne building.

The students were welcomed by Ms. Maria Jose Pastor with a brief introduction of the speakers. The first speaker was Adrianus Koetsenruijter, Inspector of the European External Action Service and former Head of Division for the Americas at the EEAS. He explained to the students the foreign policy of the European Union, starting from the history of European diplomacy and focusing on the role that it had in international affairs in the past. He then explained, in detail, the function of the European External Action Service and the EU Global strategy on foreign and security policy of the High Representative of the Union for Foreign Affairs and Security Policy, Federica Mogherini, presented in 2016.

The second speaker was Romana Samson, Chief Economist of the DG Research and Innovation. She explained to the group the various plans that the European Union seeks to implement to booster the economy, preparing it for the new challenges of the future. She presented the ambitious research and innovation framework program aimed at strengthening the research and development in the EU, and the structure of the new Horizon.

The third speaker was Noel Farrel, member of the DG “Regional and urban policy.” He explained the functions of the European Commission and what does it mean concretely being the institution that has the executive power. The presentation was focused on the different activities, powers and competences of the Commission, with a focus on the regional policy, aimed at ensuring that all citizen have the same possibilities of work in all regions of Europe. 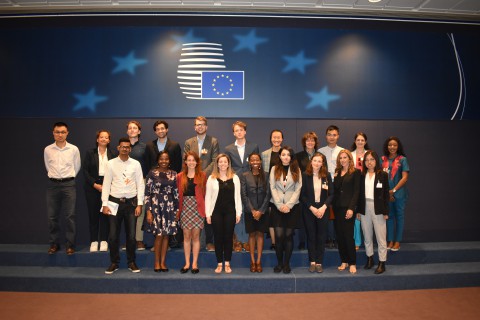 After having lunch at the canteen of the Charlemagne building the students went to visit the European Council. Here the students were welcomed by Gilles Marhic, Legal Advisor to the EEAS and Madalena Veiga, Political Administrator within the EU Council. Ms. Veiga explained the tasks of the Council, focusing especially on sanctions and the role that the council has in international affairs.

Mr. Marhic then explained his job as Head of the legal office at the EU delegation at the United Nations in New York, giving the students a first-hand opinion on EU-UN relations.

The day concluded with the farewell dinner, where the students received the diploma of attendance of the summer school.