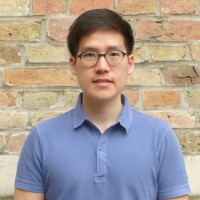 Sung Woo Choi holds a Bachelor’s Degree in International Relations with a specialisation in East Asia Regional Studies from the George Washington University in Washington D.C. and was a candidate for a joint Master of Science in Public Policy and Human Development from the University of Maastricht and UNU-MERIT in Maastricht.

Throughout his academic career, he has written extensively on the intergovernmental relationship in the Northeast Asian region. Also, he was an intern at the Korea Foundation in Washington D.C. before he came to Maastricht. His Master’s dissertation focussed on how recent increase of tourism in the past decade (particularly tourists coming from China) has affected cooperation among the Northeast Asian countries (especially among China, South Korea, and Japan) despite rising tensions within the region.

As a Research Intern at UNU-CRIS, he was mainly focussed on the European Leadership in Cultural, Science and Innovation Diplomacy (EL-CSID), a project inscribed within the European Union’s Horizon 2020 Research and Innovation Programme and he was supervised by Director Van Langenhove until the mid of September 2016.