As well as extensive experience in the university sector (at Melbourne, Edinburgh and Copenhagen universities), Tom has worked in a variety of roles in government and international organisations, including running the Office of the Chief Justice of Ireland for over 6 years and working on judicial education at the Judicial Studies Institute. As a consultant he has worked on a range of EU, Council of Europe, African Union, International IDEA, and Irish government projects concerning public law, human rights, and democracy-building. Most recently, Tom has managed a $4.72m Council of Europe project concerning judicial ethics in Turkey, designed a pan-continental African Judicial Network for the African Union, advised politicians in Lebanon on constitutional reform, and was Senior Consultant on an official review of data interception legislation in Ireland.

Tom’s research focuses on democratic governance, with a strong cross-disciplinary approach drawing mainly on public law and political science scholarship, and analysing connections between law and policy at the domestic, transnational, and international levels. Recent publications include an article, ‘Democratic Decay: Conceptualising an Emerging Research Field’ in the Hague Journal on the Rule of Law, a monograph, The Alchemists: Questioning Our Faith in Courts as Democracy-Builders (Cambridge University Press, 2017), and policy analysis of ‘Democratic Decay in 2016’ in IDEA’s Annual Review of Constitution-Building. 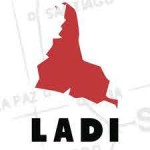 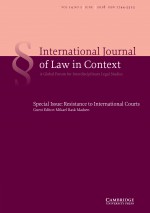 The African Court on Human and Peoples' Rights: Mapping Resistance Against a Young Court 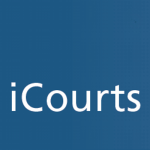 The African Court on Human and Peoples' Rights: Mapping Resistance against a Young Court