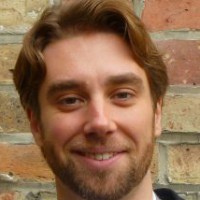 Tyler Olinski holds a Master’s Degree with Distinction in International Relations from the University of Bristol (United Kingdom) and a Bachelor’s Degree. (Hons.) Specialisation in Political Science from King’s University College at Western University (Canada). Mr. Olinski has contributed to the International Anti-Corruption Academy’s (IACA) Master in Anti-Corruption Studies programme, and wrote for both the Atlantic Council of Canada and Wikistrat, a geopolitical strategic consultancy.

Tyler was engaged as a research intern at UNU-CRIS, where worked on the GR:EEN Project under the supervision of Luk Van Langenhove and Marieke Zwartjes for a period of six months. This global collaborative research project, funded by the European Commission’s Seventh Framework Programme, seeks to define the role of the EU in the emerging global order.