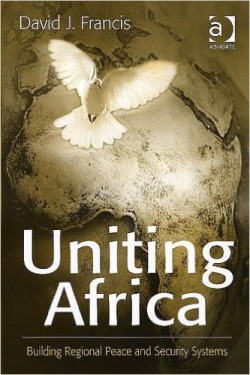 Plagued by bloody wars and armed conflicts, political instability, communal violence and displaced persons, and at the mercy of natural catastrophes such as drought and famine, it is not surprising that the Western press has long dismissed Africa as the 'hopeless continent'. In the face of these challenges, Africa today is faced with a stark choice: either unite or perish. The debate on why and how the continent should unite in terms of co-operative peace, security and development is more urgent than at any other time in Africa's post-colonial history.

Moving forward from the failure of the earlier, typically idealistic Africa unity project, David Francis demonstrates how peace and security challenges have created the imperative for change. He argues that a series of regional peace and security systems are emerging, and that states that have participated in practical experiments in regional peacekeeping, peace support operations, conflict stabilization/management and preventive diplomacy are building de facto systems of peace and security that could be institutionalized and extended.