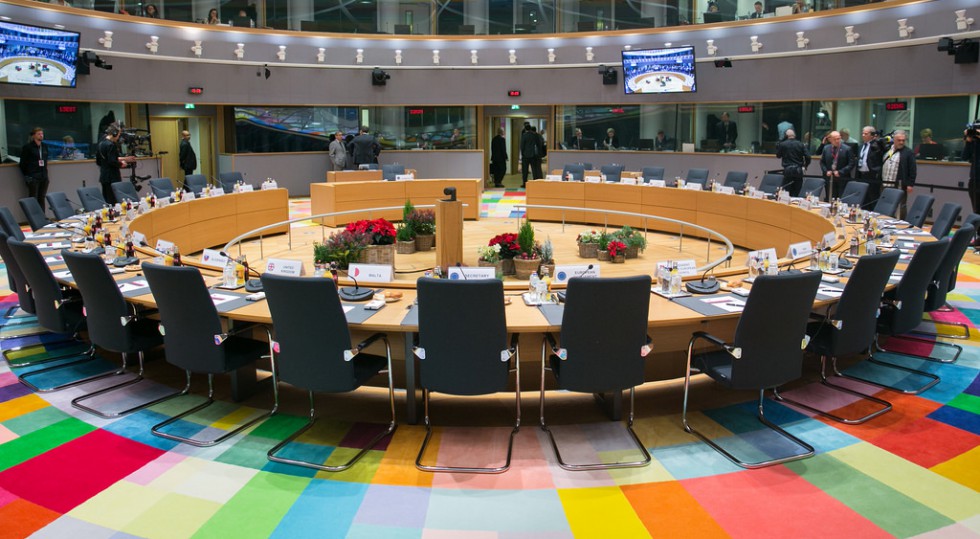 Download and play the UNU-CRIS Simulation Game, developed in collaboration with EUN-NET.

The simulation game is designed for in class use by teachers to offer a better learning experience to their students, and can be used as part of a course (thus bearing credits), or simply as an exercise for students to practice their knowledge in class.

The participants are placed at a urgent special meeting of the European Council, tasked with preparing an agenda of how the EU proposes to tackle the ongoing refugee crisis.

The Simulation Game can be played as either a one-day or three-hour session, and can be tailored depending on class structure, format and size.

'The refugee crisis began in the EU in 2015 , when hundreds of thousands of people fleeing persecution and conflict in the Middle East and Africa arrived in frontline European states in search of asylum. Over the years, thousands have died while trying to cross the Mediterranean Sea to reach the European Union.

In view of the complexity of the issue, with diplomatic, socioeconomic, security-based, and cultural dimensions, the question remains: can Europe agree on a more comprehensive and harmonized approach to asylum policy?'

'You are all gathered here today for an urgent special meeting of the European Council, chaired by the President, to prepare a sustainable and unified agenda of how the EU proposes to tackle the ongoing refugee crisis, which will be used to determine the EU priorities for the UN in order for the President of the European Council to present the position of the EU at the next UN General Assembly meeting. There is an urgent need to rethink and update the current strategy and reach a consensus on this issue.'

UNU-CRIS would like to offer special thanks to Alice Marinelli, Beatrice Carlesso, Ewout Ramon, Isidoro Noack, Olesya Dovgalyuk and Therese Mager for their contribution to the development of the UNU-CRIS Simulation Game.