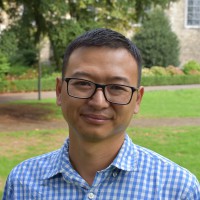 During his visiting period of one year at UNU-CRIS, Wang Zhi worked on his project of Central Asian integration from the perspective of comparative regionalism, which was supported by the Chinese Education Department.

Wang Zhi is an Associate Professor at the Xi’an International Studies University and the Director for the Institute of Regional Governance and Development. His courses include International Relations Theory and Comparative Regional Integration.

His main research interests include International Relations Theory, China’s Foreign Policy and Central Asian Integration study. Recently, he has published many Chinese articles, including Comparative Regionalism: Theoretic Development and its Challenge (2017), Analysing India’s Connected Policy toward Central Asian (2017), The Competition and Cooperation between China and the US in Central Asia from the Perspective of Silk Road Economic Belt (2017), Critical Realism as a Meta-Theory in International Relations (2014), Realist Constructivism on the View of Bridging the Gap (2013), and English article, China’s New Silk Road Strategy and Foreign Policy toward Central Asia (2016).