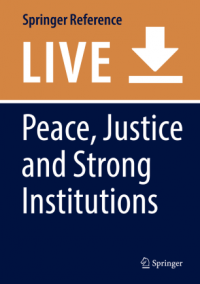 The synthesis investigates the case of migrants, who move from their usual place of life, within a state or across international borders and boundaries or permanently due to a mix of settings related to water and climate crises. Furthermore, it presents how environmental and climate triggers (e.g., extreme climate events, floods, change in rainfall patterns, etc.) are acting along with the conventional drivers, such as economic and political instability, war, or violent conflicts to drive migration pathways. The narrative also builds on peace expressed in two forms, the conventional notion that rests in contextualization referring to the absence of violence or conflict (negative peace) and the emerging notion where peace is perceived within the sustainability context (positive peace). While presenting two case studies of transboundary water systems. First, Lake Albert, part of the African Great Lakes between the border of the Democratic Republic of the Congo and Uganda. In this cross-border region, the aquatic ecosystems have been under severe pressure from displaced populations, both internally and international flow of people. The water crisis in the region has pushed people from the riparian states sharing the basin of Lake Albert to move closer to the lake, as water proximity remains a critical factor for household and livestock needs. States on either side of the lake are vulnerable to conflicts, more so those that have a connection to the resource (land, water) use rights. Discussion on migration is a sensitive matter for said countries given a multitude of sociocultural complexities and maintaining peace-political stability in such scenarios is a persisting challenge. Second, the delta region of South Asia, where the Ganges and the Brahmaputra River basins converge, forms a transboundary region between India, Myanmar, and Bangladesh. The region has significant relevance as it provides income and livelihood for millions inhabiting the riparian and delta region and regularly experiences a multitude of environmental problems, is climatically dynamic and is subjected to heavy monsoons, cyclones, floods, and droughts. The water and climate-crisis events affect economic and social development leading to local or regional conflicts, particularly at international borders where migration flows are substantial. In conclusion, to explain the challenges and opportunities in the ‘Water-Migration-Peace’ Nexus, the study also encapsulates the context of peacebuilding within the vision outlined by SDG 16. The synthesis aims to contribute to the states or regions’ intent to transition from times of conflict to times of peace, maintain political stability, and grow a state or region’s capacity and ability to manage conflicts arising from various settings, including climate change impacts and water stress arguing that such efforts ca “[lay] the foundations for sustainable peace.