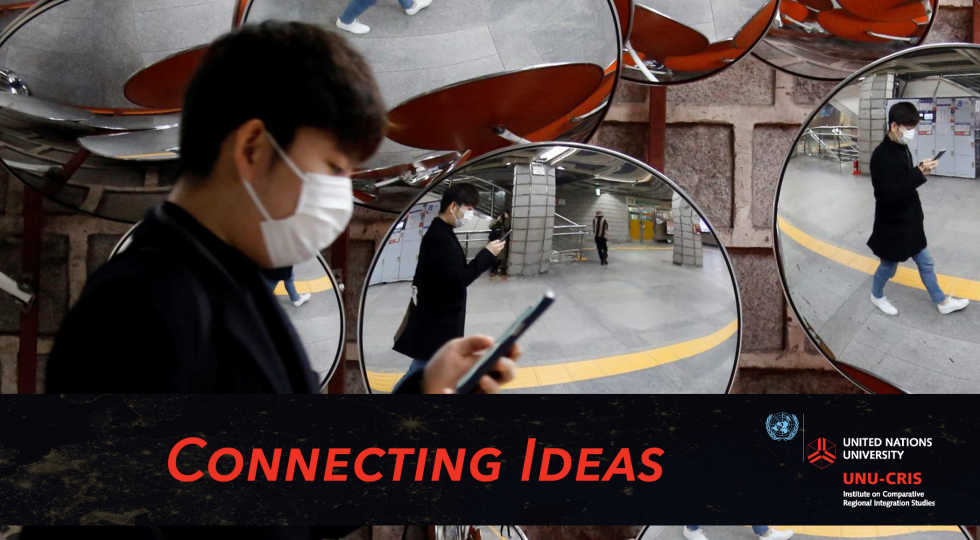 South Korea might be one of the most cited countries during the COVID-19 pandemic. As the health crisis spreads globally, many countries have sought to examine how South Korea flattened the curve quickly without shutting down the economy. After the first case of COVID-19 on 20 January in South Korea, the infection rate gradually increased in Seoul. In the late February to early March, however, the controllable number of positive cases exploded, with 909 new cases in a single day at the peak. Through a mass infection at a local church in Daegu, COVID-19 became rapidly widespread across the Korean peninsula. However, the number of new cases continuously halved every week and, only about three weeks from the peak, South Korea flattened the curve even when the World Health Organization (WHO) declared COVID-19 a pandemic. The notable downturn in the curve attracted global attention and provided a blueprint on how to control the virus with a minimal damage.

As many experts worldwide agree, aggressive testing and precautionary practices have been significant factors in controlling the virus in a short time. From the beginning of the virus outbreak until now, however, one more factor stands out: the public use of digital technologies. While aggressive testing and precautionary treatment have been implemented, all virus-related information and precautionary instructions were shared across digital technologies, especially mobile applications. Preparing for the post-pandemic era, South Korea, like several other Asian countries, is planning the digital transformation using Information and Communication Technologies (ICT) on a national scale. Besides the effectiveness of digital transformation, attention should also be paid to what forms of marginalisation might be caused by the post-pandemic picture taking shape.

During the pandemic, digital technologies were central in sharing virus-related information. From the very beginning of COVID-19, the South Korean government released the detailed trajectory of patients, which includes patients’ recent movements, places to stay, timelines of movements, and whether they were wearing masks, by using location information from mobile phones and cars, security camera footage, and credit card records. As the number of new cases increased rapidly and across the country, the daily announcement of information went digital. Whenever new cases were identified, South Koreans who live in the district of the infected person received the information with an emergency alert on their mobile phones. Websites and apps were also developed to visualise the timelines of people who tested positive. When patients with minor symptoms were quarantined in their homes, they needed to download a mobile application that allows government to track their symptoms and condition. In addition to the postinfectious information, precautious information, such as the location of national testing centres and certified mask manufacturers, was shared through mobile applications as well. Even though some mobile applications were developed by individuals to share the public announcements, the majority of these tools were the result of collaborations between the national government, and Korean IT and telecommunication companies.

Many experts noted the loss of privacy as a trade-off of information disclosure, which would break privacy laws in some countries. However, the privacy issues were not the case for some of the population. Even though South Korea is a country with an innovative digital infrastructure, only 69.9% of the vulnerable social group – which includes people in rural areas, 60s and older, low income, and different body’s abilities – have access to the internet and digital devices, and only 60.2% of them have competency to utilise the basic function of digital devices, according to the annual survey of the Korean Ministry of Science and ICT in 2019. This digital divide leads to an information disparity that might cause insecurity during the health crisis. This information disparity might put those people in an endless loop of marginalisation. When the question is raised as to whether these Korean digital strategies can be applied to different countries, only about ten of the countries with virus outbreaks are richer than South Korea. According to International Telecommunication Union (ITU), 3.6 billion people in developing countries remain unconnected to the internet. Even if digital infrastructure might be able to be collaboratively established, digital literacy requires long-term education to minimise digital divide. The digital transformation in this gap might leave someone behind.

Sustainable ICTs in the Post-pandemic Era

Relaxing the social-distancing caused by the pandemic, some countries, including South Korea, are preparing the digital transformation across different social sectors. At the end of April, South Korea launched the new project to foster ‘untact business’ using artificial intelligence, software programs, networks, and digital devices. This pandemic has showed us what society relying on non-face-to-face activities would look like. Restaurants turned to online ordering and contactless delivery, job interviews and cultural performances took place online, just to give a few examples. Telecommuting and online classes became commonplace.

This kind of digital transformation is not completely new to all countries. However, the unexpected changes to everyday life brought about by COVID-19 has increased the urgency of global efforts to achieve digital transformation, and to do so earlier and faster than the original timeline. The pandemic indeed confirms that untact business may become the new normal in the near future, but it also confirms that achieving sustainable digital transformation is much more difficult than the technological innovation itself. While the technological efforts take place, we should discuss sustainable ICTs by contemplating how we are preparing for the new normal. How could we handle all the ongoing and unsolved issues, such as poverty, hunger, and climate change, in the post-pandemic world with digital transformation? How do we plan for more digital literacy education to minimise the new mode of disparity? Most importantly, if the pandemic reorganises the world order, which will not be solely determined by the amount of land, gold, oil, and people, but be influenced by the scales of digital infrastructure and data owned, what does sustainability mean to us?