When the Amazon Burns 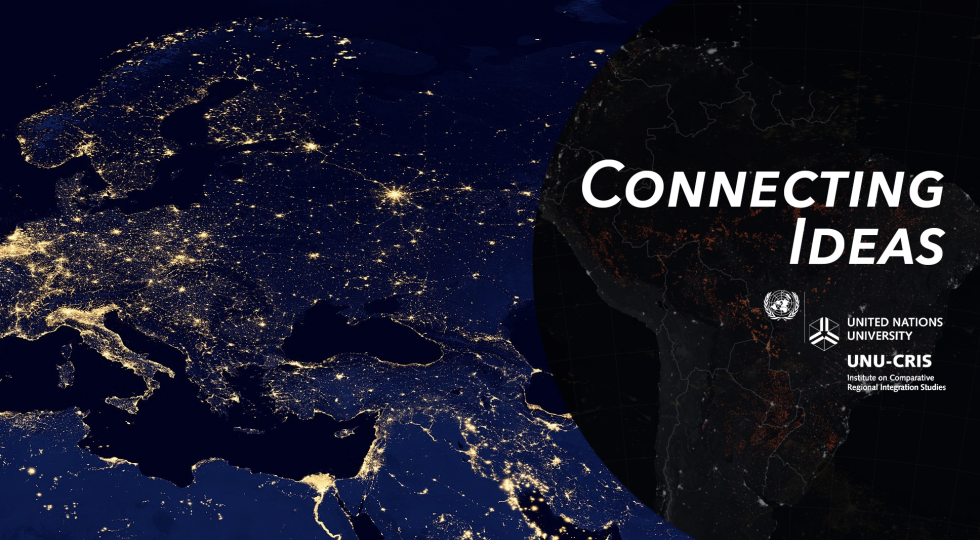 When the Amazon burns down, Europe steps up. However, the steps it has taken appear far from sufficient to halt Bolsonaro’s rush on the Amazon. While the EU and its member states pride themselves on their determination and generosity, recent events point to the limitations of EU diplomatic actions and legitimacy on the global stage. Meanwhile, the EU’s own actions to combat global deforestation are barely scratching the surface.

Europe and Brazil have embarked on a power struggle. Since #prayforAmazonia conquered Twitter, European leaders have rushed to react. France and Ireland indicated that they would boycott the recently concluded Mercosur-trade agreement between EU and Brazil, Argentina, Paraguay and Uruguay in case of continued inaction. Macron and Merkel have amped up the pressure even further by calling a G7 emergency meeting on the Amazon. To date, the support package of 20 million dollars has not been accepted by the Brazilian president. Meanwhile, the conflict between Bolsonaro and Macron is only getting deeper and more personal. 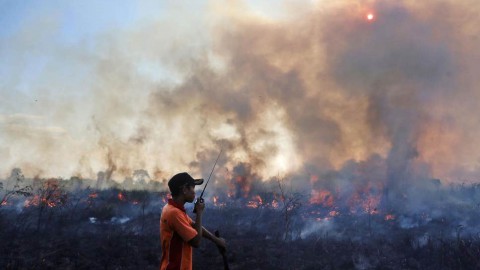 The forest fires in the Amazon have become high politics and are raising questions on the potential role of the European Union. Through his tweets, Bolsonaro has painted a picture of Western interference and neocolonialism. As the G7 is perceived an example of ‘misguided colonial mentality,’ any call for action is rebutted by allusions to Brazilian sovereignty. From Bolsonaro’s perspective, the Amazon is not a global public good, but the manifestation of the potential of a new Brazil.

In times of climate crisis and drastic biodiversity loss, such an interpretation feels especially uneasy. It is, however, not an irrational outburst by Trump light, but an argument which the EU will increasingly be confronted with. The palm oil debate between the EU and countries like Malaysia and Indonesia has followed a similar pattern: the EU’s attempts to remove palm oil from its list of recognized biofuels have been met with intense criticism and accusations of ‘modern colonialism’. Malaysia and Indonesia are now planning a case at the World Trade Organization against the supposed discrimination of their products.

The question who gets access to land and resources – and from whom nature should be protected – is a difficult one in any society and is closely linked to the structural inequalities at hand. This is no different on the international stage: the European focus on the protection on tropical forests is at odds with its own history of internal deforestation and colonial havoc. In many cases, colonial interventions drastically changed ways of managing nature to make way for a ‘modern’ economy. At the same time, equally ‘modern’ nature conservation practices often did little good for local populations. While calls for sovereignty and decolonization are bound to be at least partly strategic (and often blind to matters of internal colonization and discrimination of indigenous peoples), European actors would do well to recognize their own historic role in forest destruction and its effects on European legitimacy. 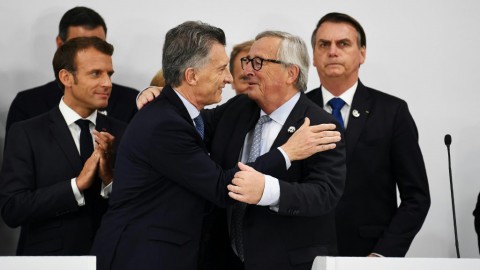 What role for Europe?

It is clear that, in times of changing global power balances, European attempts to save forests from destruction and ‘educate’ others in sustainability are no longer perceived as naturally legitimate. That doesn’t mean that the EU has no role to play. In contrast: to properly take up its responsibility, the EU will have to reflect much more strongly on its own (in)actions.

Firstly, the European trade policy has recently been thrust into the spotlight. The Mercosur agreement was the last hurrah of the Juncker Commission after more than 20 years of negotiation. Prior to its conclusion, the Mercosur-agreement has been called out by NGOs and indigenous movements as a legitimation of Bolsonaro’s policies and a stimulus for further deforestation. These arguments have gained renewed attention in the past few days. The ratification and implementation of the agreement will now shed light on EU priorities and ambitions: does it care more for market access for cars or for its self-declared reputation as a sustainability champion? The definition of these priorities will ideally involve all EU citizens in a democratic way.

Secondly, the new Commission, under the auspices of Ursula van der Leyen, will have to think closely on how it will implement the recently communicated Deforestation Action Plan. This Action Plan entails seeds for debates on the impact of EU trade agreements on deforestation, on the trade-offs between development objectives and deforestation and on possible EU investments in R&D. Moreover, it opens the door to genuine reflections on the impact of EU consumption of tropical timber, but also of palm oil, meat and soy. We expect our newly elected Members of European Parliament to scrutinize the incoming Commission fervently on these topics.

It appears that the EU will not be able to deliver any magical solutions to ‘save’ the Amazon any time soon. That doesn’t mean it can waive its responsibility. The new Commission will have to create tangible breathing space for the so-called ‘lungs of our planet’ by reassessing its trade priorities and by translating its own plans into action. 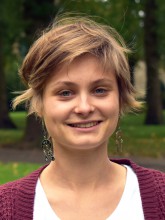 Elke Verhaeghe is a PhD Fellow at United Nations University - CRIS and the Centre for EU Studies (CEUS) at Ghent University.

Her research entails a comprehensive political science analysis of the EU Forest Law Enforcement Government and Trade (FLEGT) initiative. Prior to her current position, Elke worked as a research assistant at the European Centre for Development Policy Management (ECDPM), where she was part of the Regional Integration team. During her period at ECDPM, she was part of a project studying the Political Economy of Regional Organizations in Africa (PEDRO) and co-authored several papers. 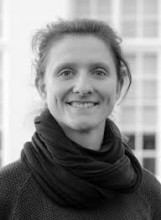 Marjolein Derous is a Junior Assistant at the Centre for EU Studies (CEUS).

She holds an M.A. in EU Studies (2010) and an M.A. in Complementary Studies in Economics (2011), both from Ghent University. In 2013 she obtained an LL.M. degree after studying in Bologna, Ghent and Haifa in the European Master in Law and Economics programme.