When An Anti-Global Covid-19 Response Works 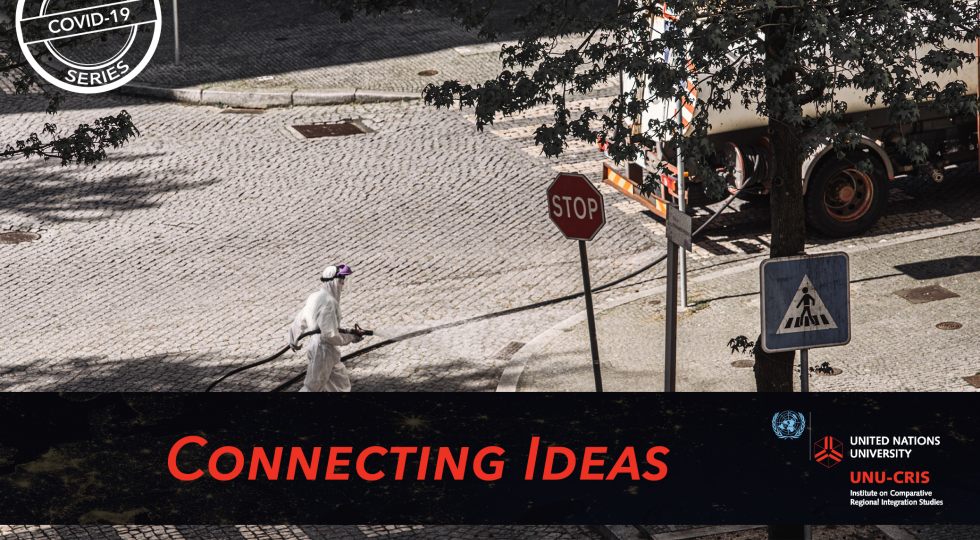 In the ‘New Thinking for a New World’ podcast series by the Tällberg Foundation, Alan Stoga rightly states that one characteristic of the global response to Covid-19 is that it has not been global. A fairly state-centric and regional response has crowded a global approach in several areas. While this poses some challenges, it also offers opportunities- some of which have been unexpected. This article explores the interplay between region and state in the aftermath of Covid-19.

As countries increasingly closed borders to international partners, an awareness of local economic limitations saw a shift to regional trade arrangements. Between the months of May and August 2020 as passenger travel between several countries was curtailed, cargo shipments were facilitated and remained a significant part of daily exchange. The Kenya-Uganda border for instance, witnessed a backlog of cargo trucks extending several kilometres, as the drivers underwent screening. Health regulations in light of the pandemic, coupled with limited inter-country data flow and management took its toll. The emphasis here however is not on the system regulating the nations’ trade but, on the significance, trade still held despite the health implications of the pandemic. If states that have had an inward focus take a step back and pay attention to revitalising regional frameworks for trade - including infrastructure needs and data flows - the pandemic might open countries to regional trade at an unprecedented pace.

Faced with a global political system staggering under the weight of a charged election in the United States of America (USA), difficult negotiations for a virus response in the European Union (EU) and an uncertain future in individual states - countries have had little recourse to external leadership sources. States traditionally accustomed to deferential status, increasingly found themselves challenged to act on issues with minimal external input. While some countries’ decisions were criticised by their citizens, other countries’ decisions were praised, paving way for a citizen-enabled comparison of several common factors in a region, with Germany emerging as a leader in the EU. As governments received criticism, some deferred to the regional ‘leader’ and adopted imitated methods for Covid-19 response. Implicitly, a hierarchy was developed that unlike previous hierarchies determined by the leaders of the states, was driven by the citizenry and public opinion regarding the actions of the leaders. This implicit rise of regional hegemons could pave the way for an increasingly structured citizen-induced regional coordination mechanism in areas that have struggled with consensus building and cohesive regionalism.

The technological age has levelled the playing field between the state and its citizens. Whereas in the past the state could monopolise media coverage (particularly in undemocratic states) to portray messages favourable to the leadership’s interests, now a citizen can, at the flick of a button or swipe of the screen, shut out any communication with the state. By choosing our own sources of information, content, and conversations it is possible to filter out messages coming from the government. This poses a unique challenge for the leadership that seeks the input of its citizens but also markedly serves as an opportunity to reinvent state communication. It comes as no surprise that many governments are struggling to grasp the attention of their young population who are simply disinterested in the lengthy nature of government communication mechanisms, be it press conferences, or other public long-form communique. At the same time, young people are savvy with sourcing information that interests them and can within minutes share content spanning not only a country but further into a region. In the aftermath of Covid-19, sourcing information about the variants and vaccines has been regionalised with the ‘British variant’ handled regionally in Europe and the ‘South African variant’ handled regionally in Southern Africa.

Young people are ahead in sourcing and digesting the regional touch of the messaging. Leaders who understand this nexus will be able to gain competitive regional advantage by tapping into the network of young, quick, technology-oriented individuals who can leverage the speed and variety of communication channels to reach people who have tuned out the government. Through these channels public opinion can be influenced, swayed, and even shaped to suit interests.

Overall, the meaning of region in a tech-enabled world remains loosely interpreted across geographies. Recalling that the founders of the United Nations agreed, a definition of a regional arrangement could limit the capabilities of the region, so too would a global response to Covid-19 somewhat limit what is today emerging as a dynamic front for regionalism.