The WTO’s Other Challenge 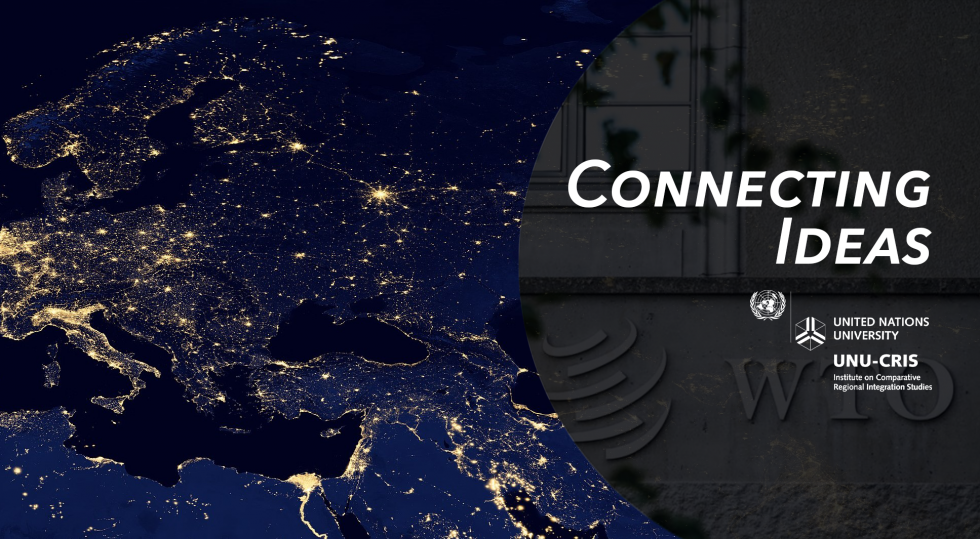 Last years’ news headlines signalled a crisis of the World Trade Organization (WTO). Politicians, businesses and experts worldwide have cautioned against a decline of the multilateral free trade system and a resurgence of protectionism. Indeed, Donald Trump’s not-so-stealthy attempts to dismantle the WTO have foreboded a difficult time for the organization.

A growing number of actors call for change in the underlying principles of the international trade system in order to promote, in particular, environmental protection, labour rights and growth opportunities for developing and least developed countries. A multitude of discussions at the WTO Public Forum, which I attended this year, revolved around trade and sustainable development. The younger generation, in particular, is hailed as a strong driver of sustainability. The United Nations Conference on Trade and Development (UNCTAD) and the European Economic and Social Committee (EESC) have called for an integration of environmental and labour objectives into the work of the WTO. This would include Sustainability Impact Assessments for new trade agreements and upscaling the EU’s experience with Trade and Sustainable Development chapters and civil society monitoring mechanisms to the WTO level.

Will this criticism (finally) lead to changes? Probably not yet anytime soon – but eventually, it could.

Demands for a more development-oriented WTO are by no means new. The Public Forum itself was institutionalized in 2001, after the 1999 Seattle protests united 30 000 people worried about the WTO’s negative impact on sustainable development. Since then, the annual sessions of the Forum dedicated days to discussing sustainability-related trade issues. However, civil society and even the WTO secretariat remain largely powerless to introduce any changes, as the WTO is a member-driven organization. These member states continue to see other concerns as more pressing. Labour rights and the developing countries’ calls for justice, for example, seem to be two particularly contentious issues.

The EU itself, while strongly supporting the idea of reconciling trade with sustainable development in discourse, lags behind in deeds. Its incentives for partner countries to open up their markets are much stronger than incentives for greater sustainability. Predictably, a European Commission representative participating in the Forum was evasive about the possibility of upscaling Trade and Sustainable Development chapters to the level of agreements reached in the framework of the WTO. Yet another Commission representative remarked (correctly) that while “classical” trade rules are relatively easy to formulate, sustainability provisions are not.

Indeed, there is yet no proven and specific recipe of how to promote sustainability in a free trade agreement. Where should we start, and stop, so that the agreement is attractive to businesses, the government and civil society, and also effective? The EU’s “soft” approach of establishing civil society monitoring bodies has not proven very successful so far. Moreover, if the WTO indeed decided to adopt the EU’s approach to civil society consultations, it would face a whole host of issues due to the extreme diversity of its member states and societies. Even at the level of the WTO Public Forum, sessions dedicated to sustainability are often less well attended than more “traditional” trade topics (a session dedicated to China had to move to a larger room this year). The attendees of these sessions, from what I observed, are already sympathetic to the principles of sustainability, while the more critical mass (including most business representatives, who form by far the largest group in the Forum) remain conspicuously absent.

This lack of consensus and clear direction is what makes sustainability an even greater challenge for the WTO. At least the idea of a multilateral trading system remains generally popular, and many instruments are already in place to support this. At the same time, if the WTO members are eager to “not waste a crisis”, they could make the organization stronger by integrating sustainability concerns into the multilateral trade agreements. Popular demand for a more sustainable economy is rising (here is data on the European Union and the United States), and many populist calls for increased protectionism, including Trump’s, are rooted in the idea that free trade brings decay to national economies. Addressing sustainability concerns could actually help prove them wrong.

Diana Potjomkina is a PhD Fellow at UNU-CRIS.