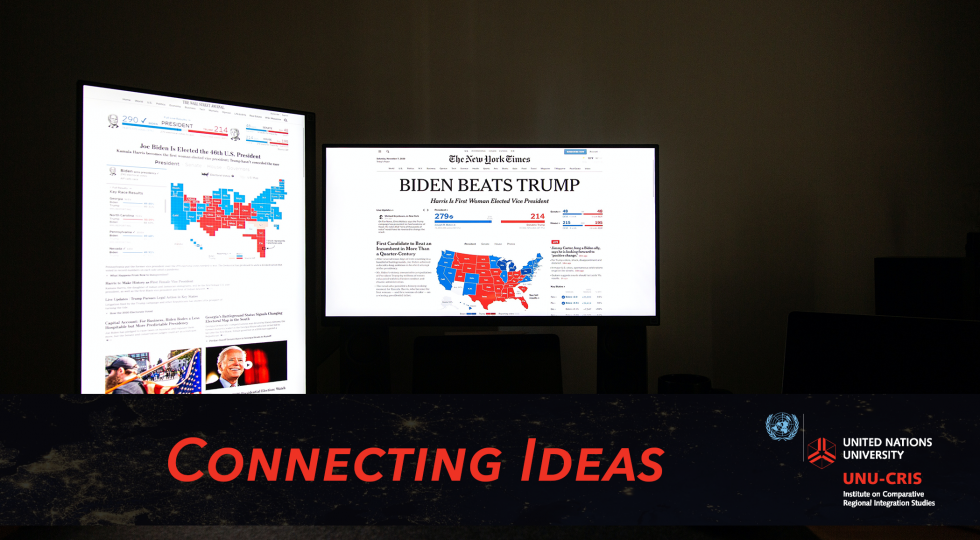 After winning ‘the battle for the soul of the nation’ against the incumbent Donald Trump, the current President of the United States of America (USA) Joe Biden, is set to deliver on the promises made during the presidential campaign, plagued by inter-racial tensions and the coronavirus pandemic. Many of these promises regarded the immigration realm, where Biden’s predecessor introduced several restrictive measures. Resolved to undo them, Biden will have to face a divided Congress and a critical situation at the US border. In this process, the regional relationship with migrant-sending Central American partners will be crucial.

Unfolding in the midst of the coronavirus pandemic, the 2020 US election was framed as a battle for the soul of the nation, following the inter-racial tension sparked by the latest episodes of police brutality towards African-American individuals. This tension was inflamed by President Trump, leading to a crisis that erupted in the storming of Capitol Hill by white supremacists and Trump supporters on 6 January, 2021. Biden presented himself and his entourage as the remedy to this division and conflict, in a pledge to build bridges across races and ideologies rather than walls. This slogan – however naïve, unrealistic or depoliticising – earned Biden the presidency, with a record of 81-million supporting voters. The fear over Trump and his followers preventing Biden from installing himself in the White House surpassed, the Democratic President is set to make the promised turn from the past administration.

Fulfilling his campaign pledge to reverse Trump’s anti-immigration architecture, since his inauguration as US President, Biden has put under review the Migrant Protection Protocols (MPP) enabling Trump to push back asylum seekers from the US to Mexico and the so-called public charge rule whereby visa and residency attribution was subject to wealth-related criteria. He has also commanded the reunification of families separated at the US border, halted the construction of the wall at the border with Mexico and scrapped the ban preventing citizens of Muslim majority countries from entering the US. Finally, he initiated a law reform envisaging a path to citizenship aimed at the undocumented millions living in the US. The latter reform will not be submitted to Congress in its entirety yet, because of a shortage of favourable votes. It will either be split into individual measures or undergo a negotiation to make it bipartisan. However, finding a common ground will likely be difficult, given the surge in irregular arrivals at the US border since the conclusion of the Trump era. Republican representatives as well as moderate Democrats are calling for the intervention of the government to stem what they fear might turn into a veritable border crisis.

Rather than envisaging a borderless US where all foreigners are indistinctly welcomed, Biden’s loosening of Trump’s immigration restrictions goes hand-in-hand with the intention to tackle the so-called root causes of irregular migration, reduce migrant populations overall and thus render the remaining arrivals more manageable. Indeed, Biden’s comprehensive law reform also advances an investment plan of USD 4 billion for the Central American countries of El Salvador, Guatemala and Honduras to address the economic, social and security problems motivating most migrants to leave. Biden accompanied this with the immediate suspension of the so-called third-safe-country agreements struck by Trump with El Salvador, Guatemala and Honduras, allowing the American government to return the asylum seekers who had passed through these partner countries before entering the US. Contrary to Trump’s construction of a regional migration-control architecture, Biden appears more interested in a US-led development-oriented partnership which would reduce the need for emigration, rather than suppress it. While the departure from Trump’s degrading and dehumanising treatment of migrants as well as the enlargement of legal-migration paths is good news, the European example shows that a disproportionate accent on the correction of migration’s root causes – especially through insufficient funding and unequal partnerships – is not a substitute for a genuine political confrontation over the sedentary bias tying all individuals to their country of birth or nationality.

Joe Biden’s presidency took off with a series of important reversals of Trump-era immigration measures. A more comprehensive law reform, entailing wider naturalisation opportunities, will have to undergo the scrutiny of a divided Congress. While irregular arrivals at the US border increase, Biden envisages to subject most of his migration-management strategy to an overhaul of the US’ engagement in the Northern and Central American region, revolving around larger US investment in fragile migrant-sending societies. However, if not accompanied by a serious political effort to normalise mobility and diversity regardless of how wealthy the migrant is, Biden’s move is likely to turn out as deficient as similar plans implemented outside the US.