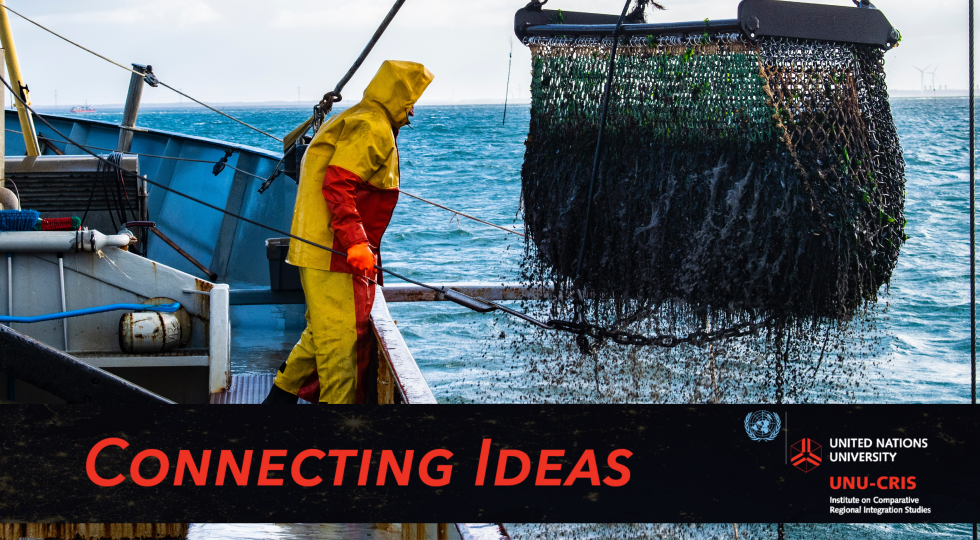 The European Union (EU)’s approach to combatting Illegal, Unreported and Unregulated fishing (IUU) is as ambitious as it is ambiguous. The EU’s overarching legal basis for combatting IUU applies zero tolerance in cases where third countries are deemed liable for not doing enough within their jurisdiction. Yet, in cases where the EU has signed Sustainable Fisheries Partnership Agreements (SFPAs) with those countries, the EU instead allows its vessels to enter a dialogue with local authorities concerning alleged infractions. This dual approach muddles the EU’s strategy to combat IUU.

The EU’s legal basis for combating IUU, a regulation adopted in 2008, applies to both the EU’s own waters and those under the jurisdiction or sovereignty of a third country. The legislation seeks to deter IUU practices by means of a strict approach towards committed infractions. To this end, Article 3 defines the full scope of IUU fishing that may be observed; while Article 42 states that in cases of serious infringement, the EU’s “Member States shall start a full investigation of the infringement and, in conformity with their national law and depending on the gravity of the infringement, take immediate enforcement measures.”

In addition, to regulate the EU’s own actions, the regulation also introduces new requirements for third countries that export fishery products to the EU. To trade fish with the EU, third countries need to certify the origin and legality of the catches. The Commission has the power to assess whether third countries comply with the IUU regulations. Chapter four of the IUU regulation establishes a procedure through which the EU can respond to those countries that do not fulfil the stated requirements to combat IUU practices. Taken together, the regulation represents a structured and ‘zero tolerance’ approach to combatting IUU fishing.

In cases of non-compliance, the EU may act against a third country under the so-called carding process. Under this procedure, “a country may be identified as a non-cooperating third country if it fails to discharge the duties incumbent upon it under international law as flag, port, coastal or market State, to take action to prevent, deter and eliminate IUU fishing.” To support its decision to initiate the carding process, the Commission needs to gather sufficient evidence to prove the country’s lack of compliance with the IUU regulation. Typically, the EU may first issue a yellow card towards the country and subsequently intensify the fisheries policy dialogue to support the country in addressing the deficits it has observed. The yellow card does not have consequences for the country’s access to the EU market. If no progress is made, a red card may be issued that can limit access of the country’s fishery products to the EU market. Not having access to the EU market can negatively impact the national economy of fishing nations and the livelihoods of coastal communities. While the procedure is evidence-based and transparent by design, the differences in economic importance of the EU to the coastal state concerned and vice versa suggests that it is challenging for the EU to apply it in a consistent manner.

The structured approach to responding to IUU cases as described here stands in contrast with the compromise procedure contained in many Sustainable Fisheries Partnership Agreements (SFPA). The SFPAs are the EU’s preferred legal instruments to enable its Distant Water Fleet (DWF) to access the waters of third countries. In comparison to private fishing licenses and joint ventures agreements, SFPAs are binding international agreements that are more transparent and should ensure a clear level playing field. Through these agreements, the EU pays access fees for its European vessels in relation to selected fish stocks, combined with additional financial transfers to promote sustainable fisheries management in the country concerned. Through the SFPAs, the EU seeks to promote fisheries conservation and environmental sustainability. Furthermore, through cooperation with the coastal states, it seeks to implement fishery policies, promote sound economic and social governance and respect for human rights and labour rights of the people working on board. There are currently 13 SFPAs in force. Nine of these focus on tuna, and the remaining four are mixed agreements that cover multiple species and have larger financial packages.

The SFPA’s compromise procedure allows for a direct dialogue between the coastal state’s authorities and the European vessels allegedly involved in IUU practices. Within the SFPA, the applicable law is the national law of the hosting country. This means that EU vessels need to comply with the law and regulations of the host country to keep their fishing license. However, the compromise procedure prevents the national authorities to directly start legal proceedings in case of alleged infractions. Instead, the SFPA requires that the third country’s government concerned first enters a dialogue with the owner or representative of the EU vessel. Under this clause, it is possible to negotiate the occurrence of the infraction, and the terms and level of the penalty, except in case of criminal procedures. As an illustration of this, the EU’s SFPA with Morocco refers to this clause as an ‘amicable settlement.’

In contrast to the transparent carding process, there is no public information on the use and compromise procedure and the results thereof. This creates an ambiguous situation where it is unclear whether the EU achieves its IUU ambitions through this alternative approach, or whether de-facto its IUU regulation does not apply in the same way and degree in countries with whom it has concluded an SFPA. The compromise procedure is problematic because it allows EU vessels to negotiate an alleged infraction without formal procedures or sanctions. Moreover, the market reputation of the concerned EU vessels remains unharmed since the dialogue allows them to avoid sanctioning. Since there is no transparency on the actual use of the clause in active SFPAs, there is also no evidence on the extent to which the EU institutions facilitate infringements of local fisheries legislation and the overall objectives for sustainable fishing pursued under its common fisheries policy.

By giving EU vessels the capacity to dialogue and directly negotiate with coastal states in the case of alleged infractions, the SFPA contradicts the IUU regulation objectives, undermines the transparency of fishing operations and takes advantage of the asymmetrical relation between the coastal states and the EU. To avoid this contradiction between the EU’s legal instruments, and to promote coherence within the EU’s common fisheries policy and its ambitious plans for the global blue economy under its European Green Deal, it is necessary to limit the scope of the compromise procedure present in the SFPA. The clause should exclude dialogue on infringements for IUU practices by individual EU vessels. The tolerance for IUU practices should be zero to ensure sustainable fishing practices and long-lasting fishing resources around the globe. The planned evaluation of the SFPAs in 2022 should therefore carefully consider the coherence of the compromise procedure clause with the EU’s ambitions to combat IUU and promote global sustainable development.