Solidarity Is in the Eye of the Beholder: Reflecting on the EU’s New Pact on Migration and Asylum 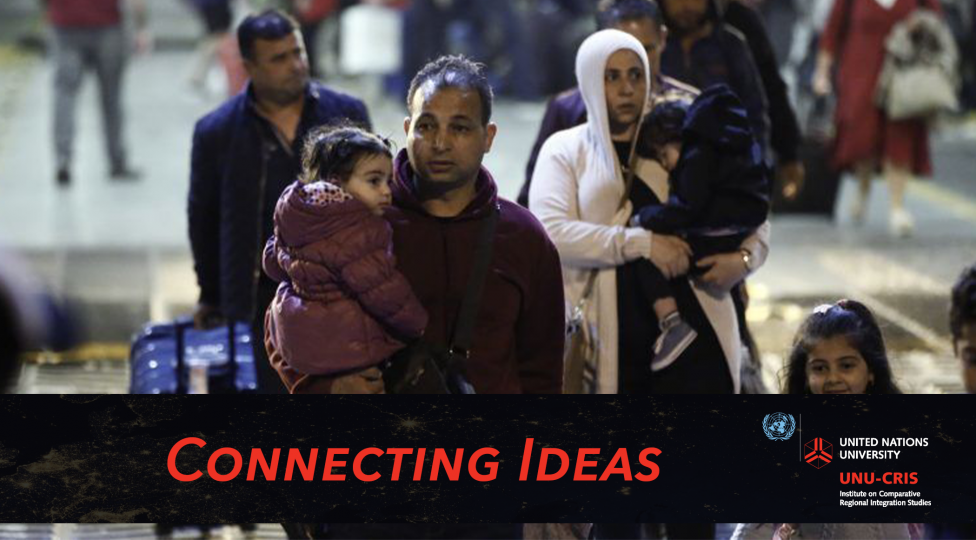 The Covid-19 pandemic has affected mobility at large and exacerbated economic hardships, with far-reaching consequences for trans-continental migration. Adding this to the already dysfunctional intra-EU responsibility-sharing mechanism on the latter issue, the European Commission’s New Pact on Migration and Asylum was more anticipated than ever, if possible.

On 23 September, European Commission President von der Leyen led the presentation of the EU’s renewed roadmap on migration and asylum, building on the already-existing proposed reforms to the Common European Asylum System. The pact was heralded as a “fresh start” aimed at replacing the ad-hoc solutions found to face challenging situations at EU borders with a predictable and stable “migration-management system”.

This was necessitated as a response to EU Member States stubbornly failing so far to agree on a shared set of rules which would render immigration to the Schengen area a wholly EU matter, instead of a preoccupation of frontier countries only. Following years of attempts at reforming the Dublin regulation configuration – attributing the responsibility over an asylum application to the country of first arrival which is normally at the borders of the EU, the Commission resolved to envision a different “solidarity” approach altogether.

The European Commission’s Communication on the New Pact primarily emphasises the accelerated border procedures which should anticipate the traditional asylum application within EU’s territory. According to the Commission, this should streamline and preserve the European asylum system, as scam applications would be swiftly identified and result in immediate removals, enabling EU countries to focus on the reception of ‘genuine’ refugees only. Beyond the incapacity to overcome the distinction between migrant and refugee which, in absence of credible legal migration alternatives, induces a legalised and rather arbitrary pushing back of people towards disadvantaged contexts, this speedy procedure could jeopardise the correctness, justice and trustworthiness of asylum decisions.

The framework that is supposed to replace the Dublin Regulation is equally relevant in the Commission’s renewal project. It should translate into a Regulation on “asylum and migration management”, with the latter expression inevitably reminding of the globalised, neoliberal, nationalistic scheme of population sorting enforced by international organisations such as the IOM. Beyond this resonance, this Regulation proposal articulates a very peculiar interpretation of solidarity in migration. To ease the burden of EU countries of first entry while appeasing those clinging onto their hardliner positions on immigration, the Commission envisages a double and alternative solidarity option for EU Member States: either they accept irregular third-country nationals to be relocated on their territories or they support overburdened counterparts to return unwanted foreigners. More than solidarity, this arrangement appears as both a clumsy and ill-conceived way to mask a fundamental clash of selfish national interests through the toughening of Fortress Europe. If an EU Member State goes for the second option – the “return sponsorship” – it may concentrate its efforts on the nationalities which it finds easier to return, because of a readmission agreement or, perhaps, a colonialism-derived closer relationship existing with the specific country of origin.

The return sponsorship innovation rests on the conviction that returning migrants is a pivotal and promising strategy and the EU should reverse its overall incapacity to command enough returns, as the introduction by the Commission of a Return Coordinator along with a High Level Network for Return as well as the boosting of Frontex further confirms. However, the attention for the number of repatriations administered and planned should be accompanied by a serious reflection on how they are implemented, in relation to what the EU is actually trying to achieve through them. The EU currently favours assisted “voluntary” return and reintegration (AVRR) programmes, which encourage and support the third-country national to leave her host country via individualised packages aimed at guaranteeing an immobile future in the country of origin. If AVRR programmes may indeed facilitate the movement of underprivileged foreigners out of the EU, they largely fell short of host countries’ expectations to interrupt mobility indefinitely. In fact, it has been shown that AVRR beneficiaries broadly consider their home coming as simply one step in their trajectory, which could lead them to travel again at one point. This is particularly likely when the small-scale businesses that they are brought to set up with their reintegration budget – in the face of the old challenges at home unchanged – end up being less sustainable than intended. In this context, the return-sponsorship solution to EU countries still avoiding relocation might not only represent a distorted picture of genuine solidarity, but also turn out ineffective in the long run.

The New Pact continues with a strong accent on monitoring, information collection and strategizing, particularly in relation to better preparedness vis-à-vis potential crises. While the intention to establish swift protection mechanisms in case of sudden and substantial arrivals of people displaced by conflict is praiseworthy, as emergency situations are often the sheer manifestation of structural, transcontinental and eminently political imbalances, the proposed “crisis management tools” can hardly be resolutive if deeper and more fundamental political changes lag behind. The cooperation and partnerships with third countries is also central in the prospective EU immigration architecture. It is related to the fight against human trafficking and smuggling, the continued performance of migration-prevention campaigns in emigration countries as well as the deployment of Immigration Liaison Officers translating the EU migration-management system abroad. Such cooperation on migration management is inscribed in the existent ties between the EU and third countries, notably in the area of development, and is essentially meant to deter emigration while facilitating the removal of people already within Europe. Accordingly, in the case of return and readmission, the Commission recommends strengthening the coercive link between third countries’ unavailability to receive their own nationals from abroad and a decrease in visa opportunities for the EU.

Finally, the Commission’s Communication on the New Pact touches upon legal migration opportunities to Europe, which nevertheless remains an eminently national competence. These opportunities boil down to resettlement and skilled migration, whereby third-country nationals are either seen as victims to be rescued or potential labourers instrumental for European economies. Integration in European host societies is addressed as a last point, in a way that neglects the active discrimination and barriers that newcomers and even EU-born individuals with a migrant background often experience by hand of their fellow citizens.

In sum, the Commission’s New Pact on migration, poised to undergo the scrutiny of the European Parliament and the Council, appears yet another endeavour to conceal (global) political conundrums behind legalism and depoliticization. The EU is portrayed as a mere receiver of human in-flows to which it is called to react, disregarding the active role that it plays in producing, shaping, and directing these very flows. Furthermore, as ultimately proved by the statement that “stable and cohesive societies […] can […] help people feel that their future lies at home”, the New Pact re-embodies the so-called sedentary bias and advances everybody’s immobility in the place where they were born, again postponing a much-needed deliberation on what the EU identity is and wants to be.