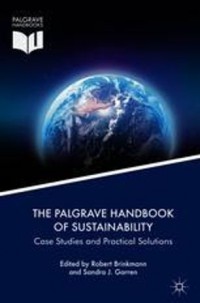 This chapter suggests that the quarter of the world’s states that are African can yet contribute to sustainable global development/security/governance as the North enters a period of ambivalence about if not retreat from positive global engagement. I assume that each actor based in or concerned about the continent, state, and non-state alike can advance a “foreign policy” to reflect its interests, often in coalition with others (Warner, and Shaw, eds., African Foreign Policies in International Institutions. New York: Palgrave, forthcoming, 2018). I suggest that the diversion away from international order, peace, and the environment of the United States under Trump, the United Kingdom under May, and the European Union and Europe, the latter characterized by unanticipated immigration and endless Eurozone crises, can be positive for African agency and development if the continent can seize the unprecedented space to define and advance its own sustainability (Brown, and Harman, eds., African Agency & International Relations. Abingdon: Routledge, 2013; Lorenz-Carl, and Rempe, eds., Mapping Agency: Comparing Regionalisms in Africa. Farnham: Ashgate, 2013; Shaw, International Politics 52 (2): 255–268, 2015a; Shaw, African Development Post-2015: Sustainable Agency or Reversion to Dependency? In Africa & the Age of Globalization: Perceptions, Misperceptions & Realities, ed. Edward Shizha and Lamine Diallo, 33–48. Farnham: Ashgate, 2015b). I situate such possibilities of Africa’s enhanced prospects in terms of a changing global political economy in which “new” economies (Noman, and Stiglitz, eds., Industrial Policy & Economic Transformation in Africa. New York: Columbia University Press for IPD, 2015), companies, and technologies are “emerging” (Shaw, African Agency Post-2015: The Roles of Regional Powers & Developmental States in Regional Integration In Region-Building in Africa, eds. Levine and Nagar, 109–126, 2016) along with contrary, non-traditional security threats (Kabandula, and Shaw, African Multinational Forces in the Twenty-first Century: Challenges, Progress & the Future. Paris. October, 2016). In response, novel forms of transnational “network” governance are being conceived and charted (Roger, and Dauvergne, International Studies Review 18: 415–437, 2016) to advance sustainability.