Brushing the Dust Under the Return Migration Carpet? 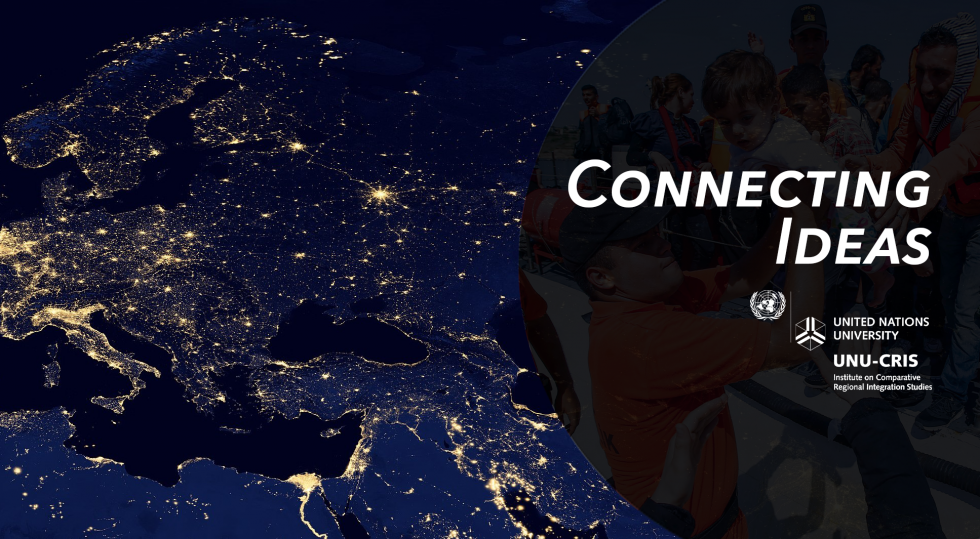 Following some hurdles that delayed its expected inauguration, the European Commission led by German EPP Ursula von der Leyen finally took off on 1 December. Among the most pressing issues facing the new Commissioners, migration figures high on the agenda. Stirred by the deficiency of the EU’s previous intervention in the reform of the Common European Asylum System (CEAS) and the management of migration inflows, von der Leyen has conceived a “New Pact for Asylum and Migration” (emphasis added) which should advance a more sustainable and efficient European migration policy. Judging from the migration-related section of her guidelines for the new European Commission, such a new EU migration policy will rely heavily on the return of ‘unjustified’ migrants to their home communities. At the EU Member State level, the same proposition emerged from the spearheading of a “Returns decree” by the Italian Five Star movement, now sharing the reins of Rome’s executive with the centre-left Democratic Party after the spectacular conclusion of its governmental partnership with the far-right Northern League. Unresponsive to the widespread accounts of failed reintegration courses, in spite of the return assistance host countries give migrants, and resolute to keep pressing countries of origin into informal readmission agreements in exchange for large concessions, the EU and its Member States persist on the return migration path across the political spectrum. Unless more attention to the actual well-being of returnees is paid, and legal migration pathways are genuinely offered, this strategy will however prove unsatisfactory in the long run.

That the issue of migration – both in its internal and external dimensions – would have been at the top of the new European Commission agenda was well-known before its composition and problematic investiture. With Juncker and his team previously failing to secure reform of the body of EU law regulating migration and asylum governance, the incoming pool of Commissioners automatically inherited the problematic job of finally bringing about the optimisation of Brussel’s coordinated management of the arrival of asylum seekers and immigrants. This has proved particularly difficult because of the indisposition of some EU Member States to accept more or less compulsory mechanisms of responsibility sharing and solidarity enforcing, with mandatory quotas of asylum seekers to take in from others. While the European Parliament and the Council of the European Union were able to agree on integrated data-storage systems and the boosting of the Frontex border-management agency, absence of alignment within the Council frustrated any attempt to renegotiate the antagonising premises of the Dublin regulation, which dictates that the EU Member State exclusively responsible for the (lengthy) evaluation of the immigrant’s asylum application is that in which they arrived, logically placing a disproportionate load on the shoulders of frontier countries.

The return migration way is, hence, retained as a coping mechanism for internal disunity and discussions abound on how to administer more effective returns of ‘unwanted’ migrants. Consequently, it comes as little surprise that the new Commission’s kick-off has inspired institutions and experts to heatedly debate the recast of the Return directive which was first introduced in 2008 and set up for reform in 2018. Although appealing to anti-migration hardliners, such recast has indeed attracted the perplexity and concern of academics, certain political groups, non-governmental organisations and even (former) EU functionaries. This is because, if ultimately approved, the reworked directive would increase the grounds and scope for the detention of asylum seekers (and their families), accelerate and potentially undermine the evaluation of protection applications at the border, toughen the attribution of entry bans and finally limit EU Member States’ possibilities to allow migrants to return voluntarily. The latter point appears as a notable contradiction as the most prominent European and international declarations – not least the 2018 United Nations Global Compact for Migration – state the preferability of voluntary over forced return (although many argue this distinction is simply lexical). Considered a more cost-effective option for migrants’ removal from host countries, voluntary return is generally upheld by varying degrees of assistance, with the sustainability of returnees’ reintegration in their home communities to be attained by starting a for-profit undertaking utilising a small financial contribution.

However, guided by strong academic evidence, policymakers are starting to realise that solely offering financial assistance to returnees is inadequate for them to face the multiple challenges of readjustment and resettlement. If this approach had to change with the new EU migration policy, it would nevertheless entail relinquishing the narrowness of host countries’ objectives, namely using the promise of reintegration support to end the stay of unwanted migrants. Yet with such an outcome seemingly beyond the horizon, the EU establishment is specifically relying on expanding the remit of the border-management agency Frontex to the area of return and reintegration, as well as preparing post-return monitoring mechanisms with a view to sharpening its governance tools. In this sense, it remains to be seen whether a fundamentally technical and managerial agency will be able to handle reintegration assistance properly, especially if they are driven by control and management concerns, rather than returnees’ well-being. Furthermore, assisted reintegration schemes remain conditional upon the cooperation of countries of emigration, which are lured by countries of destination into informal readmission agreements towards increasing return numbers. As concessions and condescendence towards the return of own nationals are contextually exchanged, such externalisation of migration management particularly weakens the international credibility of the European Union in crucial political domains, such as development cooperation and the rule of law. As certain political representatives of the European Parliament have remarkably signalled, if third countries are rewarded for governing migration with an iron fist, asylum seekers’ legal safeguards might be further jeopardised.

In this delicate context, the great anticipation surrounding von der Leyen’s engagement in the migration question was partly disappointed by her attributing the specific remit to Margaritis Schinas, who was simultaneously tasked with “protecting our European way of life”. The resulting connection of migration control and the defence of Europe’s allegedly unitary lifestyle enraged many, convincing von der Leyen to turn Schinas’ original mission into promoting the way of life of the Europeans. In addition to propelling such essentialist ideas about European identity, von der Leyen also touched upon the returns refrain in her political propositions for the future, alongside the conventional and unsubstantiated reference to addressing the “root causes” of migration. When the much-needed mention of legal migratory pathways is made, the stress is put on skilled labour, confirming the unyielding neoliberal underpinning – whereby politics is systematically subordinated to economics – of old and new EU approaches to migration management. Although it might be premature to make final comments at this initial stage, these hardly path-breaking commitments point to von der Leyen’s compliance with the ever-consolidating discourse of migration management which is rooted in immobility, exclusion and obstruction.

When it comes to migration policymaking, politically indecisive EU Member States tread the thin line between continuity and change. This is the case in Italy, where the largely leftist government now in charge is betting on enforcing more returns to solve the politicised migration issue. The previous governmental experience had been dominated by Interior Minister Matteo Salvini, whose uncompromising stance towards migration garnered him a reputation across Europe. While he was part of the Italian executive as Home Affairs Minister and allying himself with like-minded politicians across Europe, relevant reform efforts at the Council-level were simply left to collapse. Salvini preferred performing theatrical shows of force in the Central Mediterranean Sea instead, where he waged his war against the search-and-rescue activities of NGOs such as OpenArms and Médecins-sans-Frontières striving to fill in the gaps of the EU’s backtracking protection apparatus. This strategy – obstructing change at EU level and battling internally with NGO ships under wide media coverage – enabled Salvini to show the electorate he was not partaking in EU chit-chatting, but dirtying his hands to stem migration flows. Yet one year into his role, convinced of having popular favour and irritated by disagreeing coalition partners, Salvini triggered the fall of the government shared with the populist Five Star Movement. After a chaotic transition, the latter entered an alliance with the centre-left Democratic Party and picked up the governmental agenda where it left off. Among the most pressing issues, that of migration received immediate attention. On the internal front, the Five Star Movement spearheaded the “Returns decree” as a post-Salvini strategy to Italian migration management. This entails an updated list of formally safe third countries to smooth returns, also when asylum applications are in place, and an increase of public funds allotted to return operations. Facilitating the removal of so-called economic migrants and failed asylum seekers remains paramount for the Italian government, contrary to its supposed progressive nature.

On the external level, new Interior Minister Luciana Lamorgese is focusing on reinforcing EU Member States cooperation on migrant redistribution. This is more of a shift compared to Salvini’s approach, which was based on building far-right alliances around a zero-migration scenario, however, other than testifying to Italy’s now more pragmatic approach towards fellow EU Member States, the Valletta agreement finalised among a core of EU partners in October – four years after the adoption of the homonymous Africa-Europe Action Plan – will hardly change the face of EU migration policy and help Italy alleviate the consequences of it being a frontline EU Member State under the Dublin regulation. More specifically, Italy, Malta, France and Germany agreed in Valletta on an automatic asylum-seeker distribution plan to supersede the ad hoc solutions previously implemented in migration crises in the Mediterranean. Such distribution would be temporary and occur only in case a “disproportionate burden” involving people rescued at sea hit one Member State. The enlargement of this plan to other European partners would rest on voluntary commitments which have been, to date, scant. The result is a broadly unchanged political approach to migration management, which simply lacks Salvini’s confrontations with NGOs’ ships captains and the improbable apologies of Catholicism pronounced while shaking a rosary. This suggests that, except for varying degrees of support to migrants’ integration and the relevance assigned to international law regarding asylum, political attitudes towards migration management (in Europe) are hardly conflicting. Alongside tackling the “root causes” of migration, enforcing more returns is the recurrent way to go across the spectrum. However, more attention towards the multidimensional other side of the story should be devoted to assessing whether employing this method is really advisable.

In conclusion, political unwillingness to design transformative migration policies at the EU and national levels results in the recycling of long-standing policy refrains and the overreliance on problematic remedies. Among them, return migration’s relevance is increasing, along with the managerial turn in reintegration assistance vis-à-vis returnees’ real-life struggles in countries of origin as well as the political pressure exerted on the latter to enforce conditional readmission agreements. If the new EU institutions and their Member States will stubbornly privilege such political myopia over the bold reverting of the global mobility regime’s inequality, no new communitarian or national migration policy will actually prove more sustainable than the former.

Rossella Marino is a PhD Fellow at UNU-CRIS.