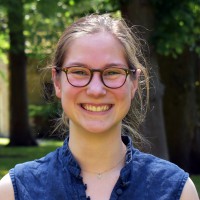 Clémence finished her Master in Public Policy and Human Development, a double degree co-organised by Maastricht University and UNU-MERIT. She followed the specialisation of Regional Integration and Multilevel Governance. As a research intern, she contributed to the European Leadership in Cultural, Science and Innovation Diplomacy programme (EL-CSID).

While doing her Bachelor in European Studies at Maastricht University, where she had diverse classes such as history, EU law, economics, and EU politics; she spent her semester abroad in South Korea where she studied Korean Politics and State and Society in East Asia at Kyung Hee University. For her master thesis, she looked at sub-national and supra-national regions relation, using the case of Wallonia and the EU during the Comprehensive Economic and Trade Agreement negotiations between EU and Canada, supervised by Dr. Michal Natorski (UNU-MERIT). Her interests are numerous, but she is particularly interested in innovative and sustainable new forms of governance.

Clémence Pricken was supervised by Luk Van Langenhove, Elke Boers and Riccardo Trobbiani until the end of July 2017.