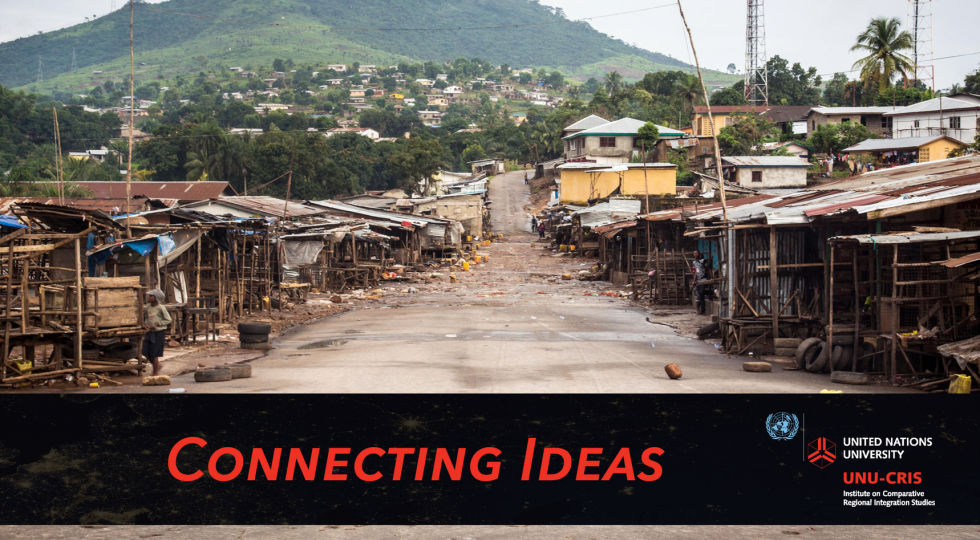 This piece was originally published on the World Bank website and the report discussed can be found here.

Growth in Sub-Saharan Africa has been significantly impacted by the ongoing coronavirus outbreak and is forecast to fall sharply from 2.4% in 2019 to -2.1 to -5.1% in 2020, the first recession in the region over the past 25 years, according to the latest Africa’s Pulse, the World Bank’s twice-yearly economic update for the region.

“The COVID-19 pandemic is testing the limits of societies and economies across the world, and African countries are likely to be hit particularly hard,” said Hafez Ghanem, World Bank Vice President for Africa. “We are rallying all possible resources to help countries meet people’s immediate health and survival needs while also safeguarding livelihoods and jobs in the longer term – including calling for a standstill on official bilateral debt service payments which would free up funds for strengthening health systems to deal with COVID 19 and save lives, social safety nets to save livelihoods and help workers who lose jobs, support to small and medium enterprises, and food security.”

The analysis shows that COVID-19 will cost the region between $37 billion and $79 billion in output losses for 2020 due to a combination of effects. They include trade and value chain disruption, which impacts commodity exporters and countries with strong value chain participation; reduced foreign financing flows from remittances, tourism, foreign direct investment, foreign aid, combined with capital flight; and through direct impacts on health systems, and disruptions caused by containment measures and the public response.

While most countries in the region have been affected to different degrees by the pandemic, real gross domestic product growth is projected to fall sharply particularly in the region’s three largest economies – Nigeria, Angola, and South Africa— as a result of persistently weak growth and investment. In general, oil exporting-countries will also be hard-hit; while growth is also expected to weaken substantially in the two fastest growing areas—the West African Economic and Monetary Union and the East African Community—due to weak external demand, disruptions to supply chains and domestic production. The region’s tourism sector is expected to contract sharply due to severe disruption to travel.

The COVID-19 crisis also has the potential to spark a food security crisis in Africa, with agricultural production potentially contracting between 2.6% in an optimistic scenario and up to 7% if there are trade blockages. Food imports would decline substantially (as much as 25% or as little as 13%) due to a combination of higher transaction costs and reduced domestic demand.

Several African countries have reacted quickly and decisively to curb the potential influx and spread of the coronavirus, very much in line with international guidelines. However, the report points out several factors that pose challenges to the containment and mitigation measures, in particular the large and densely populated urban informal settlements, poor access to safe water and sanitation facilities, and fragile health systems. Ultimately, the magnitude of the impact will depend on the public’s reaction within respective countries, the spread of the disease, and the policy response. And these factors together could lead to reduced labour market participation, capital underutilization, lower human capital accumulation, and long-term productivity effects.

“In addition to containment measures, we have seen that in responding to COVID-19, countries are opting for a combination of emergency fiscal and monetary policy actions with many central banks in the region taking important actions like cutting interest rates and providing extraordinary liquidity assistance,” said Albert Zeufack, Chief Economist for Africa at the World Bank. “However, it is important to ensure that fiscal policy builds in space for social protection interventions, especially targeting workers in the informal sector, and sows the seed for future resilience of our economies.”

The authors emphasize the need for a customized policy response to reflect the structure of African economies (especially the large informal sector) and the peculiar constraints policymakers currently face, particularly the deteriorating fiscal positions and heightened public debt vulnerabilities, and the overall low operational capacity to respond.

“The immediate measures are important but there is no doubt there will be need for some sort of debt relief from bilateral creditors to secure the resources urgently needed to fight COVID-19 and to help manage or maintain macroeconomic stability in the region,” said Cesar Calderon, Lead Economist and Lead author of the report.

Due to the COVID-19 pandemic, economic circumstances within countries and regions are fluid and change on a day-by-day basis. The macroeconomic analysis in the report is based on data available by the first quarter of March 2020.

The World Bank Group is taking broad, fast action to help developing countries strengthen their pandemic response, increase disease surveillance, improve public health interventions, and help the private sector continue to operate and sustain jobs. It is deploying up to $160 billion in financial support over the next 15 months to help countries protect the poor and vulnerable, support businesses, and bolster economic recovery.