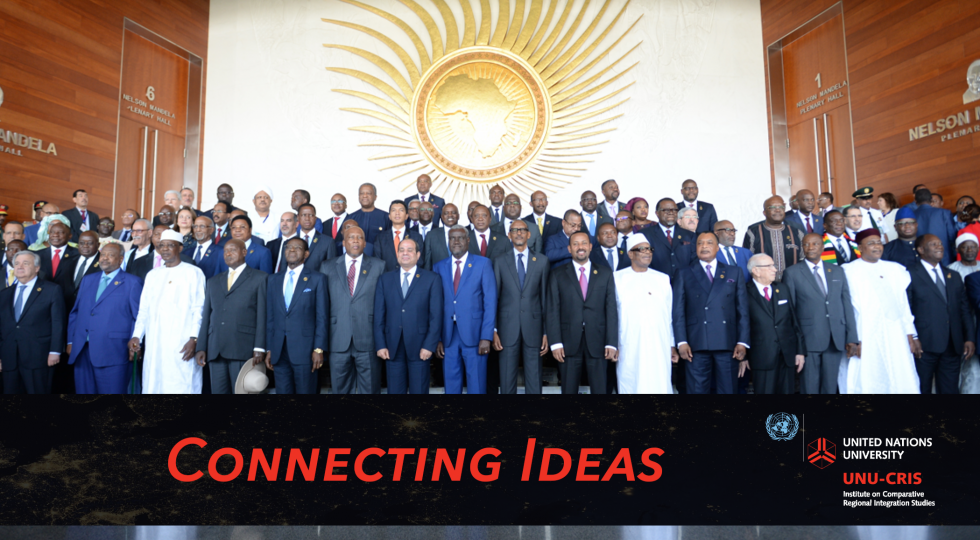 This article is republished from The Conversation under a Creative Commons license. Read the original article.

Despite the evident transnational dimension of the Covid-19 crisis, transnational responses are facing many obstacles. Nation states and a range of decentralised entities such as city governments or federal states have reasserted their claims to authority, often seeking to outbid each other. A nationalist wave has undermined the role of international and regional organisations. The World Health Organisation (WHO) has been curbed by its very limited capacity and authority vis-à-vis national governments. Entities with an unequivocal and well-resourced mandate have fared better. For instance, the European Central Bank was able to react quickly with emergency measures to maintain liquidity in the Eurozone.

Yet most regional organisations across the world are struggling to emerge as key actors in the current crisis. Their financial and political dependence on national governments is exacerbated in times of crisis. For some organisations, however, such a fundamental crisis does not result in idleness. Rather, they push toward an expansion of their powers and resources. Unlike many policy-makers or academics have anticipated, regional institutions do not simply expand gradually step-by-step or through continuous spill-overs from one policy field to another.

Instead, fundamental crises provide crucial moments for regional organisations. Some experience a backlash that propels their hollowing out. In Latin America, the Covid-19 crisis is accelerating the pre-existing crisis of regional organisations. The Association of South-East Asian Nations (ASEAN) is primarily seeking to see through the crisis unscathed. Other organisations aim to take two steps forward after initially taking one step back. The European Union (EU) and the African Union (AU) are taking a chance to overstretch their mandate and increase their means to fill out their anticipated post-crisis role.

Regional budgets play a central role in this regard. In the EU for instance, even political leaders coined as frugal have abandoned the minimalist target of 1% of GNI. They foresee substantial increases in a regional budget that is supposed to become the “mothership” of crisis recovery. However, national governments continue to be concerned about the size of their direct contributions. Increasing the primary resources of a regional organisation, i.e., enabling it to collect its own levies and taxes, is thus surfacing as a way to increase regional budgets while keeping national contributions in check.

Over the years, plenty of ideas have been brought forward to make regional organisations financially independent, from the Monti Group’s corporate income tax for the European Union to the Obasanjo Panel’s SMS surcharge for the African Union. Without a crisis, member states tend to be reluctant to provide regional organisations with resources that automatically and directly feed into the regional budget. Such mechanisms reduce the leverage of national governments. In the current crisis, the debate is moving from whether to introduce regional taxes at all to what the target should be and how it should be collected. The call for primary regional resources is becoming a mainstream position advocated across political cleavages.

Providing regional organisations with the ability to tax not only enhances their resources. It also significantly enhances their institutional status. Therefore, the legal and political process to get there is intricate. Despite the current momentum in the EU, it is unlikely to see a new budget being agreed upon until later this year under the German presidency of the Council of the EU. Likewise, the institutional reform process of the African Union is making progress but at a slow pace.

In the meantime, regional organisations can reshuffle their existing budget to adapt to new priorities. However, they have few options to temporarily increase their income. They lack – at least for time being – the legal basis to run a deficit. Raising funds from non-state actors can be an alternative. This has already become a common strategy for United Nations agencies. For instance, the WHO’s second biggest contributor is the Gates Foundation. It might even become the biggest payer after the decision of the White House to halt its funding.

This approach is being emulated by some regional organisations, with the African Union taking a particularly active role in seeking to mobilise funds from private actors or development aid donors to tackle Covid-19. In this sense, an upcoming increase in the EU budget would also benefit the various regional organisations around the globe, who derive substantial parts of their income from the EU.

Despite nation states jumping the gun, regional organisations such as the AU and the EU might thus come out of the Covid-19 crisis with enhanced powers and resources. However, more money, more problems: how should an increased budget be spent? On ad hoc project grants, on bankable investments, on redistribution and cohesion? How to prevent clientelist structures? The debates might seem castles in the air for now but would eventually lead to yet another consolidation of the extended mandate. That is, before a new crisis hits.