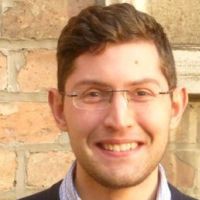 Daniele Fattibene completed his Bachelor’s Degree in Political Science and International Relations at “L’Orientale” University in Naples, where he majored in Soviet Union and Russia’s foreign policy. He also holds a Master’s Degree in East European Studies from the University of Bologna – Forli Campus. He wrote his Master’s thesis on the “Europeanisation of Poland’s foreign and security policy”. During his Master’s he spent one semester at the School of International Relations at Saint Petersburg State University. While writing his Master’s thesis he also did an internship at Istituto Affari Internazionali (IAI) in Rome within the “Security and Defence” Division. Moreover, he won a scholarship from the University of Bologna to spend a research period in Poland, where he worked at the Polish Institute for International Affairs (PISM) in Warsaw, within the “European Union” and “International Security” Divisions.

Daniele conducted research under the supervision of Dr. Luk Van Langenhove for several months on the role of regional organisations in maintaining global peace and security under Chapter VIII of the UN Charter. In this sense, he is undertaking an historical analysis on the debate over the founding of the UN. The aim is to find the roots of the current debate over the strengthening the role of regional organisations under Chapter VIII of the UN Charter. Furthermore, he undertook an individual research project on regional integration in social policies, with a case study on the EU’s labour market policies.