The EU and the UN: Partners for a Purpose 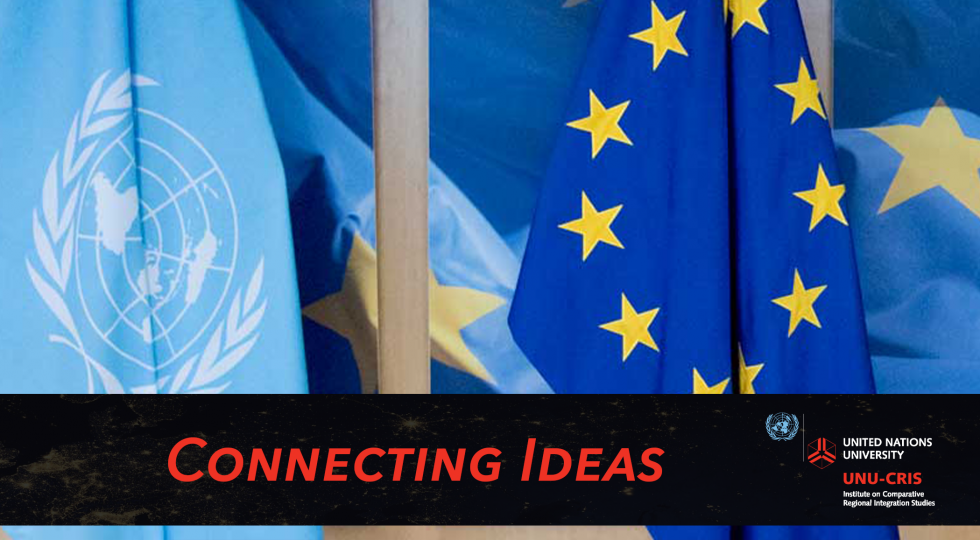 High Representative of the European Union

This blog post was originally published at https://eeas.europa.eu/headquarters/headquarters-homepage/80113/eu-and-u... has been reproduced with consent of the author.

If there is one thing that 27 EU member states agree on it is that we all believe in rules-based multilateralism. We repeat, almost mantra like, that we want a strong UN as the beating heart of the multilateral system. The Security Council is the world’s highest multilateral authority and it has the last word on matters of peace and security. I was very pleased to address the Security Council on the EU-UN cooperation (see below) and to express the EU’s strong support for the UN’s work, with concrete contributions in many areas and especially on peace and security.

At the outset, I stressed that the corona virus pandemic is testing the multilateral system like never before. It is obvious that only by collective action we can beat the virus and that the UN must play a central role in that global effort.

Multilateralism has to deliver

But multilateralism must deliver results for the people who need it most. Otherwise, it loses legitimacy, while unilateralism and power politics gain the upper hand. That is why we need a Security Council able to take the necessary decisions and not one that is paralysed by vetoes and political infighting, as has been the case over Syria, Libya or the call by the UN Secretary General Guterres for a global ceasefire. It is striking and deeply regrettable that only in very few cases has there been a reduction in violence: in fact only 2 out of 43 countries, according to the report of the Armed Conflict Location and Data Project.

A big focus of my intervention and the subsequent discussion was on Africa where both the EU and UN are deeply engaged. From the Sahel to the Horn, from the Central African Republic to the Democratic Republic of Congo, the European Union is actively backing political processes, providing financial support, and contributing to peacebuilding and stabilisation and development.

We do this with one motto: African solutions to African problems. Of course, we cannot substitute our partners. What we can do - and what we are doing - is to accompany their efforts.

We spoke a lot about the Sahel where the situation keeps deteriorating. I stressed that we must be ready to do more and better – and we are, also together with the G5 and the African Union. This call was echoed by many members of the Security Council.

Prominent in our discussions was also the Iran nuclear deal (the JCPOA) which many hailed as a triumph of multilateral diplomacy. In our view, despite the US withdrawal, it remains the best and only way to ensure the peaceful nature of Iran’s nuclear programme. For that reason I expressed my regret, echoed by others, for the US’ decision not to prolong the waivers for JCPOA related nuclear projects.

On Libya I briefed the Council on the EU’s recently launched operation Irini, to help enforce the UN arms embargo. Only a few weeks after it started activities at sea, the operation has already proved its added value, by sharing valuable information with the UN Panel of experts and having a deterrent effect, including on oil smuggling. It is for this reason that I called on the UNSC to renew its resolution authorising inspections on the high seas.

On Syria, I urged the Council to renew authorization of cross-border humanitarian operations into north-west Syria and not to play political games with the lives of Syrians who have already suffered so much in 10 years of conflict.

Finally, I expressed my deep concern with steps taken by China regarding National Security Legislation in Hong Kong, pointing out that this decision is not in conformity with international commitments, nor with the Hong Kong’s Basic Law.

In our debate, it was striking how much appreciation there is from many quarters for the EU’s role in the UN and I was pleased to hear  appreciation  of what  the EU does on African peace building, on climate change, on sustainable development, on the work of our CSDP missions and operations and as a consistent champion for democracy, the rule of law and human rights.

At the same time, the divergences and tensions among the permanent members was also clear. Indeed, the dynamics at the UN Security Council are a good barometer of how complicated today’s global political landscape is.

As Europeans, precisely because we believe in multilateralism, we want the Security Council to act. And that means that states that carry the special responsibility of Security Council membership must step up and find common ground. Above all the world’s vulnerable depend on it.