‘Regional conflict’ has proved to be a particularly important security issue for the EU, not least since the Union has been actively involved in a large number of such regionalized conflicts around the world. The European Security Strategy (ESS) has become an important framework for the EU’s role as a global peace and security actor, highlighting both present and future global challenges and key threats to international security. Some of the main global challenges are related to that “security is a precondition for development” and that “a number of countries are caught in a cycle of conflict, insecurity and poverty” (European Union 2003:4). Key threats are defined as Terrorism, the Proliferation of Weapons of Mass Destruction (WMD), Organized Crime, State Failure as well as Regional Conflicts (the two latter not least due to their ability to exacerbate the three former).

Del 4.6 Final Report on Regional Conflict.pdf
Project:
The EU as a Global-Regional Actor in Security and Peace (EU-GRASP) 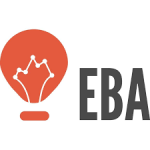