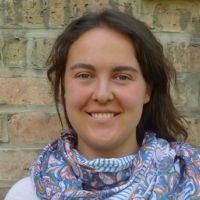 Hannah was studying International relations at the University College Roosevelt in Middelburg, the Netherlands. She focussed on Human Rights, European and International Law, and Global Sociology during her studies.

She spent one year in the United States of America as an Exchange student, and after graduating High School in Germany she did a 12-month volunteer programme in a domestic assault shelter in Cusco, Peru. The foundation in charge (Fundación Cristo Vive Perú) is mainly concerned with women’s rights, and women’s education. She supported the foundation in administrative matters, such as translation and communication.