A tale of two (hot) cities 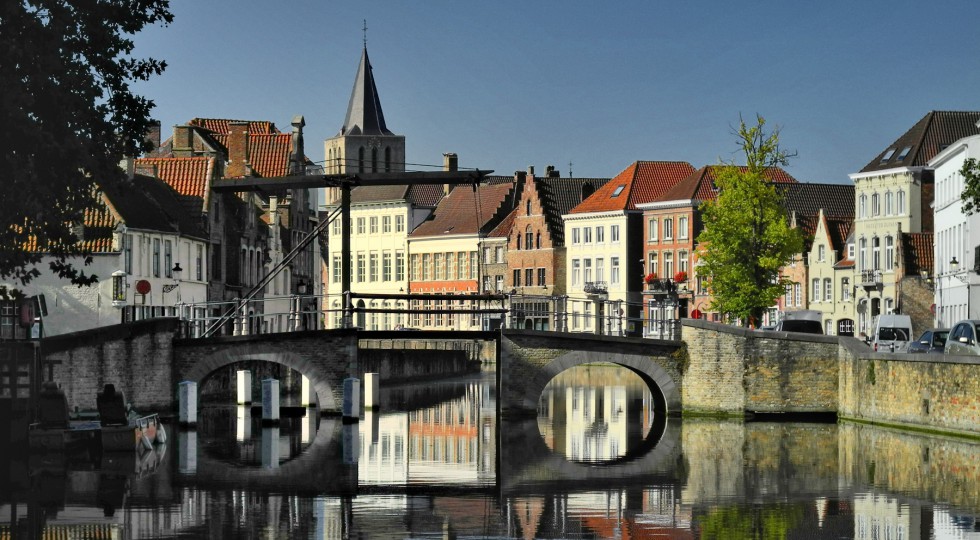 This month I travelled from Maastricht to Bruges on the day that happened to be the hottest day ever recorded in both Dutch and Belgian meteorological history. As weather experts were explaining how a wave of hot air had moved north from the Sahara across continental Europe, it became clear to most European citizens that heat waves have no borders, with heat records also broken in neighbouring France and Germany. In Maastricht and Bruges, temperatures, as if they had harmonised, were ultimately more or less similar: just under 40 degrees Celsius. But the working environments in two campuses of the United Nations University were radically different!

In Maastricht, UNU-MERIT is located in an old industrial, nicely renovated and fully air-conditioned building substantially powered, I should add, by renewable energy!. The building, in the midst of a holiday period appeared, when I left it, very much occupied. Less with formal staff on holiday leave but with the research staff who have no holidays: PhD fellows. They would now typically stay late: the offices providing the ideal place to stay compared to the overheated resident rooms in the city where they live. I joked with some of the PhD students that it might be a good idea to install couches or field beds in the offices so that they could now stay overnight and get a better sleep in the office. It could be one of the unexpected, positive, productivity-enhancing impacts of climate change! PhD theses would get finished quicker, PhD students’ health would be improved thanks to improved sleeping conditions and, who knows, there might even be greater social interaction, breaking down the isolation of PhD students. 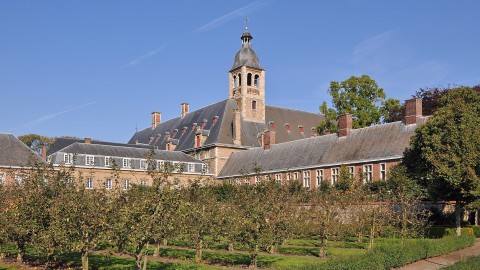 In Bruges, UNU-CRIS is located in a unique historical site: the Abbey of Ten Duinen, nowadays known as the Episcopal Seminary of Bruges. It is a beautiful building characterised by thick walls which appeared though on this hottest day ever, incapable of preventing the heat from slowly invading most offices and rooms, making it difficult not to sweat and so equally difficult to concentrate. The monks when building the abbey clearly had not foreseen that heat could ever overtake the cool and heavenly atmosphere of their abbey. UNU-CRIS researchers and staff of course did, however, experience the heat wave and so did I.

UNU-CRIS is indeed a hot place to be…

This is most strikingly reflected in the acronym of the institute with its focus on “regional” and “integration”. Regional in the double sense of its meaning. On the one hand, there is regional at a supranational level with an emphasis on the need for international collaboration both in terms of economic and political governance. The former being expressed in terms of economic (and monetary) trade agreements and custom unions between (neighbouring) countries. The latter manifested in similar political agreements dealing with typical public goods such as education or security. The most developed case of such economically and politically integrated governance is of course the European Union with its headquarters in Brussels, just a short train ride from Bruges. 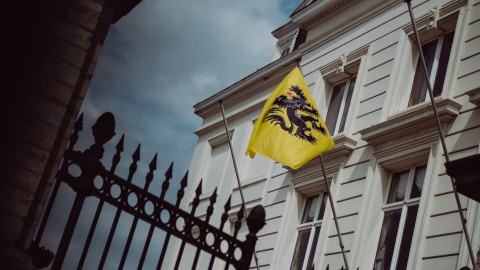 On the other hand, region refers also to subnational issues where many governance issues traditionally executed at national level have been devolved to the subnational, regional level. As a UNU institute located in Belgium, the country with probably the most devolved government institutional set-up in the world, UNU-CRIS is from a locational perspective ideally situated to address these regional governance issues. This is also reflected in the financial support provided to UNU-CRIS by the Flemish government and the two Flemish partner universities: Ghent University (UGent) and the Free University of Brussels (VUB). The location in Bruges and the close partnership with both UGent and VUB puts UNU-CRIS in a privileged position to address the global “public goods” challenges such as the Sustainable Development Goals from a regional perspective.

But UNU-CRIS also focuses on the extent to which processes of “integration” are still leading in the current global governance world. With Boris Johnson giving on this same, hottest day in history (at least in continental Europe) his maiden prime ministerial speech before the British parliament, the new global scene for UNU-CRIS’ integration research agenda appears suddenly particularly “hot”. To what extent does Brexit signal the start of a disintegration process within the EU? To what extent will the new British PM’s policy fuel Scotland’s claims for independence and possibly result in a disintegration of the UK? 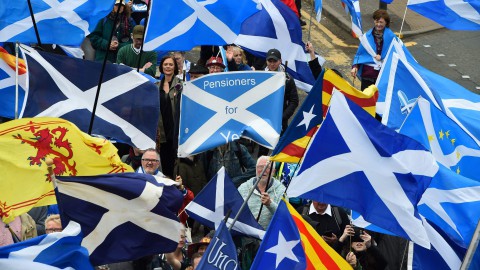 More broadly, to what extent does the new “America first” Trump perspective on global governance signal a decline in the traditional hegemony of international economics (and the need for global institutions such as the WTO and the UN) in favour of international relations between sovereign states? To what extent is the level at which particular global challenges can be most effectively addressed: at regional/local level or at national or supra-national level, a factor which has been (in-)sufficiently addressed in such debates? To what extent might the relevance of those governance levels (think of subsidiarity) change over time as a result of the use and application of new digital technologies? How does democracy and the accompanying political institutions adapt to the need for such changing patterns in regional versus national and/or global governance? I could go on, but I hope the point is made: UNU-CRIS is a hot place, maybe not the most comfortable place to be on 25 July 2019, the hottest day ever, but certainly the place to be for addressing such major intellectual challenges.

In the coming week and months you will read some of the views and visions of UNU-CRIS staff here. You have been warned! 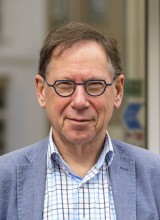 After having obtained his economics degree from Ghent University, he started as research assistant at the Centre for Development Studies at the University of Antwerp. Subsequently he obtained a British Council fellowship and did a doctorate in economics at the University of Sussex. He then embarked on a research career in Britain first at the Institute of Development Studies and later on at the Science Policy Research Unit both at the University of Sussex. In 1986 he was appointed professor of International Economic Relations at the Maastricht University School of Business and Economics, where he established the Maastricht Economic Research Institute on Innovation and Technology (MERIT), which became part of United Nations University in 2005.

He was director of UNU-MERIT from 2005 till 2012. He became Rector Magnificus of Maastricht University from September 2012 to September 2016.

Luc Soete has been Chairman of the Research, Innovation, and Science Policy Expert (RISE) High Level Group for Commissioner Carlos Moedas from 2013 till 2017 and of the Economic and Social Impact of Research (RISE) Expert Group for the European Commission from 2017 till the end of 2018. Over the last two years he was also the coordinator of the so-called “Tour d’Europe”, an initiative of the Directorate for Research and Innovation of the European Commission.

Currently Professor Soete is Honorary Professor of International Economic Relations at Maastricht University and vice-president of the supervisory board of the Technical University of Delft. 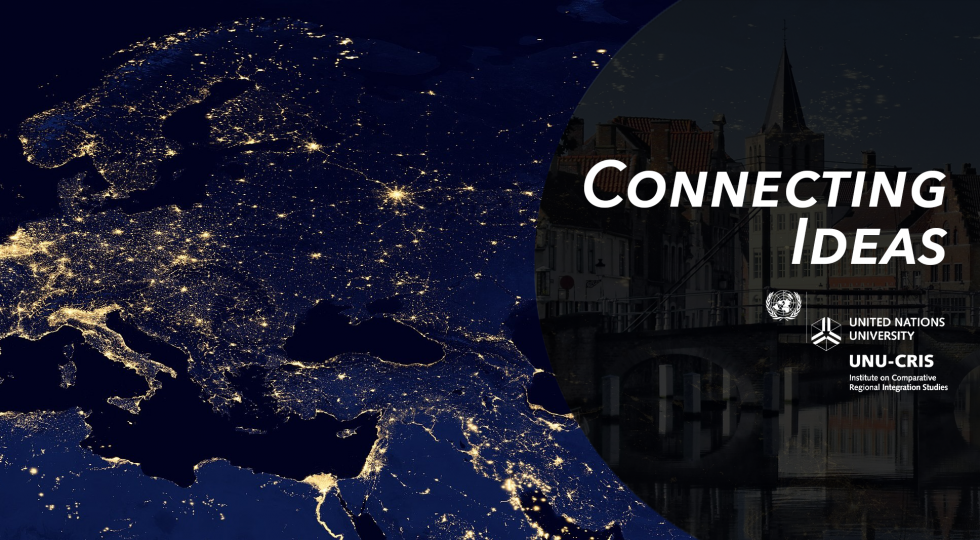