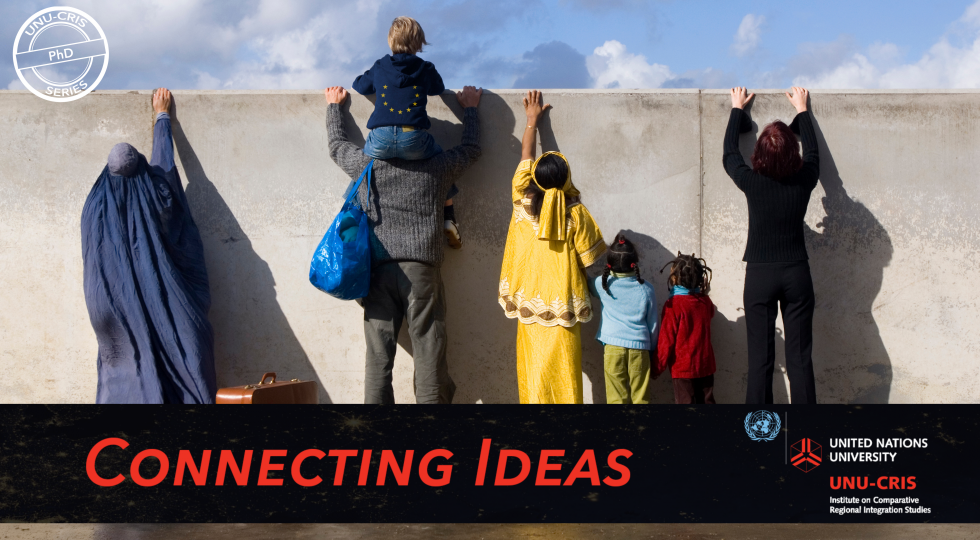 Migration and Brexit: To What Extent are They Related..

Spurred by civil war in Iraq, Libya, Syria, and instability in several African countries, millions of migrants arrived in the European Union (EU) in 2015. This massive pressure from immigrants and refugees led to a humanitarian crisis while at the same time threatening the key instruments of border control in the EU. The crisis was highly politicised in domestic politics owing to the heightened salience in media coverage, mobilisation of citizens holding exclusive nationalist identities by mostly right-wing populist parties, and exacerbated polarisation in public debates. Under these circumstances, popular disapproval of the EU’s management of the crisis incremented and anti-EU and anti-refugee/immigrant discourses were reinforced.

Unfolding in the midst of the refugee crisis, the 2016 Brexit referendum provided a suitable platform for the ‘Leave’ campaigners to make issue linkages between migration and the EU in the United Kingdom (UK). This context during the campaigns was a critical factor in determining the result of the referendum.

The Brexit referendum was one of the most polarised campaigns in British political history. While ‘Remain’ campaigners put forward the economic benefits of UK membership of the EU, emphasising that the economic growth and jobs would only be kept while a member, the ‘Leave’ camp played the immigration card. The United Kingdom Independence Party (UKIP) was the main supporter of the ‘Leave’ camp. The main argument of the Brexiters was that leaving the EU would allow more control over the borders and flow of immigrants to the UK. To strengthen their argument, they linked increasing immigration to terrorism, inadequate border controls, and the refugee crisis. This attitude also reflected itself through the British media, which played a major role during the referendum campaign. Particularly, UK's major tabloids -the Sun, the Daily Mail, and the Daily Express – discussed the rationale for the Brexit vote within the framework of (illegal) immigration, although the UK was not part of the passport-free Schengen zone.

Not only the media but also the political parties and their representatives from the Brexit camp associated migration with the EU and warned that Britain did not have control of its borders and migration policy as long as it remained in the EU. Different factions emerged within the Labour and Conservative Parties. For instance, Jeremy Corbyn from the Labour Party said: ‘'it will be impossible to put any limit on EU migrants if the country votes Remain.'' Similarly, Michael Gove from the Conservative Party stated: ‘migration could be brought down to "tens of thousands" if we departed from the EU.’ Theresa May, who was the Home Secretary at the time, said that "the freedom of movement principle was intended to mean "freedom to move to a job", not to seek work, and Europe need to reinstate the original principle." During the leave/remain campaign, the UKIP waged a particularly aggressive campaign deliberately stirring voters' fears, especially using the ‘immigration’ theme and linking it to the EU. For example, in March 2016, Nigel Farage, the UKIP leader warned people that "29 million people from Romania and Bulgaria would shortly be eligible to come to Britain..."

The Readmission Agreement, signed between the EU and Turkey was one of the most politicised issues in the UK on the eve of the Brexit referendum. The UK opted-in this agreement, which ignited the debates over visa-free travels of Turks. This issue had great coverage in the media with the discourse that "75 million Turkish citizens would visa-free travel within the EU, so we cannot control our own borders, while we stay in the EU." Moreover, a think tank called Migration Watch released a ‘wake-up call’ to the Prime Minister, declaring that 100,000 people will head to the UK every year once the visa-free travel of Turks put into practice. As these examples indicate, the narrative used in the British media moved the issue from the refugees/asylum seekers fleeing from war and persecution and would be returned to a third country, to a probable influx of Turkish immigrants due to the Schengen regime of the EU. It is important to note that this narrative was so strong that an improbable ‘invasion’ of Turks concerned the people, although this was not relevant to the Readmission Agreement.

Interestingly, public actors usually addressed or targeted migration/migrant and asylum/refugee without differentiating their meanings and legal status. More precisely, they refrained from using ‘refugee or asylum seeker’ in their wording and they preferred to picture refugees as (illegal) ‘migrants’. For example, the House of Commons Home Affairs Committee referred to the asylum seekers and argued that "Schengen assumed the external border of the EU would be secure, but it is not, so free movement means free movement for illegal migrants within the EU. Some reach Calais before encountering any border controls." Such an attitude could be interpreted that some public actors want to influence public perception of asylum/refugees in a negative way linking them to the (economic or illegal) migrants, freedom of movement, and the problems resulting from being an EU member state.

As a result, the discourse produced by the media and political parties contributed to strengthening the Eurosceptic national narratives, which were already persistent and based on the idea that Britain is culturally detached from Europe. In this way, the primary concern of the referendum moved from providing special status for the UK in the EU to the freedom of movement and its impacts on immigration, jobs, and security. Eventually, 52 % voted to leave, and 48% voted to remain in the EU. Afterward, Prime Minister David Cameron interpreted the referendum result as being primarily about immigration and free movement. The opposition confirmed the PM’s assessment. For example, Arron Banks, the millionaire UKIP donor who founded the Leave-EU referendum campaign declared that "most people who voted for Brexit did so because of the immigration and controlling our borders." We saw that Nigel Farage’s opinion: "I would rather Britain was poorer with fewer migrants" was clearly shared by those Brits that voted Leave on 23 June.