The European Union and the Kurds: The EU’s Actorness in the Transnational Kurdish Issue 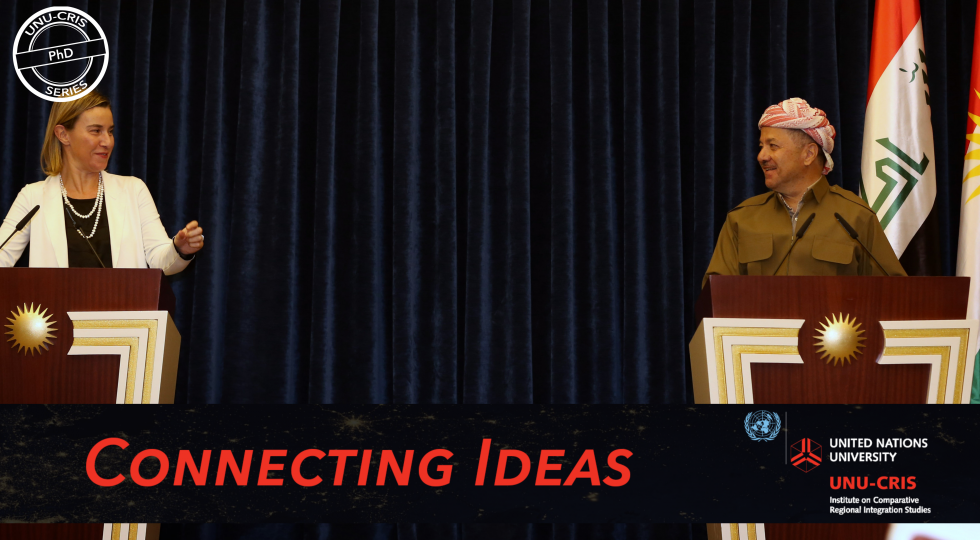 This blog showcases the key findings from the doctoral thesis titled, The European Union and the Kurds: An In-depth Analysis of the EU’s Actorness in the Transnational Kurdish Issue. The thesis provides a comprehensive analysis of the performance of the European Union (EU) as an actor in the Kurdish issue. As a transnational political conflict across four states (Iran, Iraq, Syria, and Turkey), the Kurdish issue involves various sub-state, state, and global actors. Inspired by the EU’s ‘Copenhagen criteria’, existing literature has portrayed an image of the EU as a purely normative actor involved in (finding a solution to) the Kurdish issue in Turkey.

However, the last two decades have witnessed an evolvement of the EU’s actorness in the issue, increasingly shaped by the pursuit of common (geopolitical) interests and marked by interactions with Kurdish entities in various states. Hence, moving beyond the EU-Turkey relationship as the standard (empirical) context, this research analyses, in an embedded single case, the EU’s actorness in the Kurdish issues in the four mentioned states. The within-case findings confirm that the EU’s actorness has been increasingly shaped around common needs and desires of EU political actors to collectively respond to new geopolitical challenges, some of which have involved the Kurds playing vital roles as sub-state actors (e.g., the war against ISIS, the migration crisis). Moreover, rational about its bilateral interests as well as about the extent of its acceptance as an actor, the EU has acted along the ‘four realities’ of the Kurdish issue. In addition to its case-specific empirical contribution, the thesis provides insights, from a broader perspective, into the EU’s actorness in a geopolitical context.

The Analytical Model: The ‘EU as a global actor’ Approach

The thesis employed an analytical model based on the central tenets of the ‘EU as an actor’ approach in the literature. The model was constructed with a view to establish the context for the level of the EU’s actorness in the Kurdish issue. The concept of ‘common interest’ has played a central role in exploring and examining the rationales for the EU’s collective approach to this issue. Moreover, being a complex transnational political case involving a multitude of actors, the level of ‘acceptance’ of the EU had to be examined based on the EU’s level of engagement and its choices of interlocutors in each state. Finally, given that the concepts of ‘interest’ and ‘acceptance’ would not provide the evaluative tools to assess the EU’s actorness, the analytical model included the concepts of ‘performance’ and ‘impact’. Performance relates to the EU’s ability and willingness to implement the common agenda, while impact denotes the EU’s long-term impact on this issue/and or the actors involved. 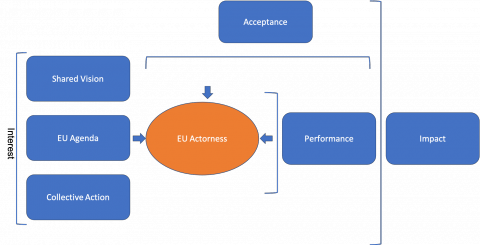 The first and foremost conclusion is that the EU has not developed an overarching strategy for, or any integrated approach to, the greater Kurdish issue. In the absence of an EU ‘Kurdish policy’, its actorness has been shaped by, and framed within, the EU’s bilateral relationships with the four mentioned states. Another conclusion is the dynamic between the EU’s status as a normative actor and its growing rational awareness in meeting collective (geopolitical) challenges has led to the EU exhibiting different sorts of actorness.

The EU as a normative actor in addressing the Kurdish issue

The EU has traditionally acted as a promoter of peace and democracy and a defender of universal human rights. The proliferation of the EU’s involvement as a normative actor has been quite evident in the case of the Kurdish issue in Turkey. The EU’s actorness in this issue has been framed within Turkey’s longstanding bid for EU membership. In that process, the EU has coupled strategic and tactical political objectives with a normative agenda known as the ‘Copenhagen criteria’, the EU’s preconditions for aspiring member states, ensuring they respect fundamental human rights and the rights of minorities.

The EU as a rational actor in dealing the Kurdish issue

The EU’s actorness in the Kurdish issues in the four states is shaped and conditioned around an interrelated dynamic between collective norms and values on the one hand, and collective material and geopolitical interests on the other. Operating in such a dynamic, the EU has exhibited its actorness in different ways. While the EU has maintained its image as a normative civilian actor in the Kurdish issue, it has also acted as a rational actor representing the common interests of its political actors. Two factors shape the intensity with which the EU is willing to address the Kurdish issue. The first is the relevance of the Kurds to the EU as a bloc, while the second has to do with the political opportunities and openings available for EU engagement. Both factors confirm the behaviour of a rational calculative actor representing the interests of its own stakeholders. Altogether, it can be concluded that the EU has behaved as a dynamic actor performing along the ‘four realities’ of the Kurdish issue.