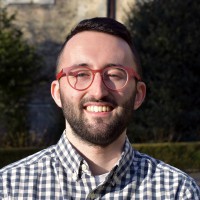 Luca Spinosa was, during his traineeship, in the final year of his Bachelor’s Degree in Political Sciences and International Relations at the University of Pavia; he wrote his Bachelor’s thesis on the Chinese “Belt and Road Initiative”. He obtained an Erasmus+ scholarship for a three-month traineeship at UNU-CRIS.

Luca is co-founder of MUN Club UniPV, an informal, apolitical student association inside the University of Pavia which aims to replicate and give a deeper understanding about the UN committees. He has also participated in the Autumn School “Sustainable Europe: Policy Proposals and Indicators” organised by the University of Bochum, in which he has specifically worked on the 4th Industrial Revolution topic together with students from University of Bochum, Ghent University and University of Castilla-La Mancha. Luca also worked as a Senior Volunteer for Save the Children during Expo Milan 2015, cooperating with that NGO also in other occasions and events during 2016.

At UNU-CRIS Luca worked under the supervision of Professor Glenn Rayp and Ewout Ramon until the end of May.