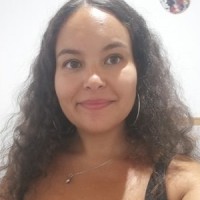 Lucy D'Hondt holds a Bachelor's Degree in Political Science and has graduated with honours with a Master’s Degree in International Relations with a focus on Peace, Conflicts and Security from l’Université Libre de Bruxelles (ULB). Her thesis focussed on the analysis of the political discourse of the UN, NATO and EU during the Libyan crisis of 2011.

While studying for her Master’s Degree, she has completed several internships in the field of local government, research institutes and NGOs. Her last experience in Cyprus within a local NGO was particularly enriching.

During her three-month internship at UNU-CRIS, she assisted Samuel Standaert in the update of the RIKS database. Her area of research concentrated on membership information for new organisations, description of new agreements, updating the research section and preparing a database on investment treaties for a machine learning algorithm.