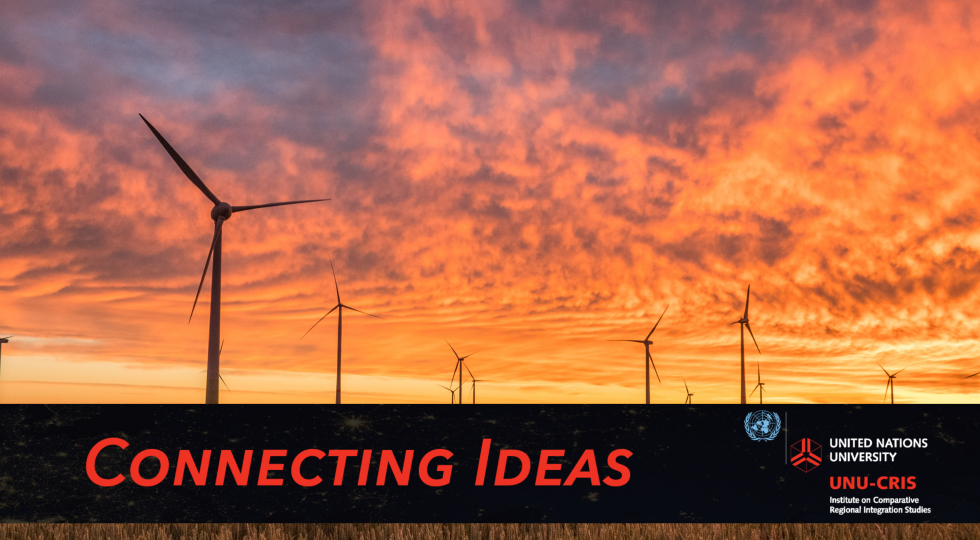 With the reality of the climate crisis dawning on larger swathes of the world population, the green solutions presented by policymakers are gaining prominence in public discourse. However, the drive to design and implement ‘green’ policies sometimes obscures the distinction between environment and climate policy. This has the perverse effect of conflating two very distinct crises and concealing the need for trade-offs between them.

While climate policy seeks to mitigate Green House Gas (GHG) emissions responsible for climate change and its related harms (global warming, floods, bushfires, catastrophic weather events), environmental policy focuses on preventing the harmful effects of human activity on ecosystems. Of course, there is a very large overlap, with GHG emission mitigation measures participating in improving air and water quality, therefore helping ecosystems. However, it is essential to bear in mind that this overlap is not complete, which is why the terms cannot be used interchangeably. Several examples bring this to the fore.

The first, is that some large-scale renewable energy projects can have detrimental consequences for ecosystems and biodiversity, especially when rapidly deployed with little regard to proper siting. In the Californian Mojave Desert, fragile ecosystems are threatened by the rollout of solar panels, with particularly concerned species including the desert tortoise, three corner milkvetch, and white-margined beardtongue (a flower). The loss of these perhaps unfamiliar species is more salient given humankind’s continuing history of mass extinction and shows the danger of pushing for “green policies” that repeat more of the same destructive trends.

Other examples of climate policy driving even larger scale destructive exploitation exist, such as land and sea mining. Lithium mining in Nevada also drive extinction rates up, however deep sea mining perhaps poses the largest scale threat to ecosystems. With land mines likely to unable to keep abreast a surge in demand driven by the need for rare earth metals necessary to the development of renewable energy technologies and electric vehicle batteries, deep sea mining is consistently presented as a key solution by industry stakeholders. However, vessels scouring the seabed for cobalt, lithium, nickel, copper, vanadium, and indium, could have devastating effects for marine ecosystems. Under the United Nations Convention on the Law of the Sea, the International Seabed Authority is mandated to ensure the effective protection of the marine environment from harmful effects that may arise from deep seabed related activities. Yet pressure for increased mining activity can be foreseen because of the “green” transition.

A “green paradox” has also been identified by researchers. The demand for Balsa wood, known for its light but strong nature and present especially in tropical rainforests, has been skyrocketing. This species value for the construction of wind turbines has motivated further deforestation in the Ecuadorian Amazon. Criticism from the scientific community suggest that this demand is primarily driven by China and the Global North, but its repercussions fall on the Global South.

That is not to say that solar panel farms, or wind turbine farms, or even the electrification of transport are bad in of themselves. The ecological impacts of fossil fuels, and fossil fueled transports stand as an obvious rebuttal. Yet, the crux here, is that we cannot afford to deepen the existing biodiversity crisis which is already at an all-time high due to our past and present exploitation of the resources of the planet (including fossil fuels). Policies that are still damaging to the fragilised biodiversity of our planet but good for reducing GHG emissions simply push the problem sideways, given that the destruction of ecosystems also endangers our prospects at perennial life on earth. The irony here, is that ecological tipping points are often an argument advanced to justify climate policies. Indeed, higher global temperatures could threaten the ecosystems we rely on for food. It appears implausible to accept the doctrine of accepting biodiversity loss now in the hopes of preventing more of it later. As the last example of Balsa wood explores, there is a clear need for a more focused understanding of international trade flows and a renewed appreciation of ecological interdependence on our shared planet.

Biodiversity, and giving more space to nature in general, have an incredible potential at helping us fight the climate crisis. For example, the European Green Deal identifies reforesting as an essential component to combat climate change through the creation of natural carbon sinks.

Perhaps it is no longer enough to say we need to move towards renewable energy, but necessary to reflect more deeply on the how. A finite planet means no perfect solution will emerge to all the problems brought about by the implementation of climate policies. This means enacting trade-offs between environmental policy and climate policy will be inevitable in some instances. It is imperative that we develop clearer rationales and criteria for executing these trade-offs, and only when an overlap between climate and environmental policy cannot be found. For one, how can we avoid disturbing fragile ecosystems on wild land thanks to improved siting criteria, and how can we focus our energy on repurposing existing, but obsolete energy infrastructures? Strategic foresight on resource and land use could take a closer look at international ecological interdependencies to ensure that the examples described above remain outliers, and not a new ‘green’ techno-industrial reality. There is clear opportunity to harness nature and its many virtues to work for climate policy while providing a healthier environment and more equitable future for the planet’s inhabitants.