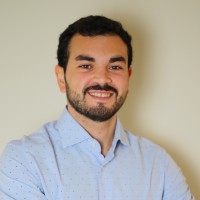 Marco D'Attoma obtained his Master’s Degree in International Relations at “LUISS Guido Carli University” in Rome, where he focussed on international organisations’ functioning, with a deep interest in globalisation’s effects on the labour market. Because of this interest, he wrote a final Master thesis focussed on the adverse impact of globalisation on the EU labour market and the EU’s institutional responses to those effects.

During his studies, he gained a wealth of international experience. First, he studied European Union social policy at the University of Maastricht with students worldwide in 2019. Later that year, he completed an internship at the Italian embassy of Kenya. As an intern, he participated at several UNEP and UN-Habitat conferences in The United Nations Office at Nairobi (UNON) with the Italian delegation.

Marco obtained his Bachelor’s Degree in Political Science at “University of Bari Aldo Moro” focussed on the European integration studies.

Marco participated in a project on the UN and Regional Organisations and worked under the supervision of Philippe De Lombaerde during his internship at UNU-CRIS.