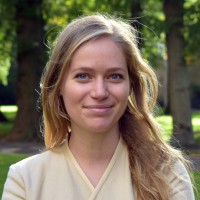 Oleksandra is co-founder and project coordinator of the International Network on Legal Assistance to Refugees.  Previously, she spent a year undertaking work in the Human Rights Department at the Legal Clinic of the Jagiellonian University, representing asylum seekers in administrative proceedings; worked on the research project on international regulations on student placements at the Department of Legal and Institutional Affairs of the University of Montpellier III; was involved as a fellow and an intern at Humanity in Action (Warsaw ad Amsterdam), worked as an analyst at IBM; completed a traineeship at the International Partnership for Human Rights (Brussels) in frames of Pat Cox-Humanity in Action Fellowship Program and was interning at the Ministry of Foreign Affairs of the Republic of Poland. She has also participated in the Visegrad School of Political Studies (member of the Council of Europe’s Schools of Political Studies network) Migration Program. Throughout Oleksandra’s eclectic experience, her academic and professional interests mainly included international law, migration and human rights protection.