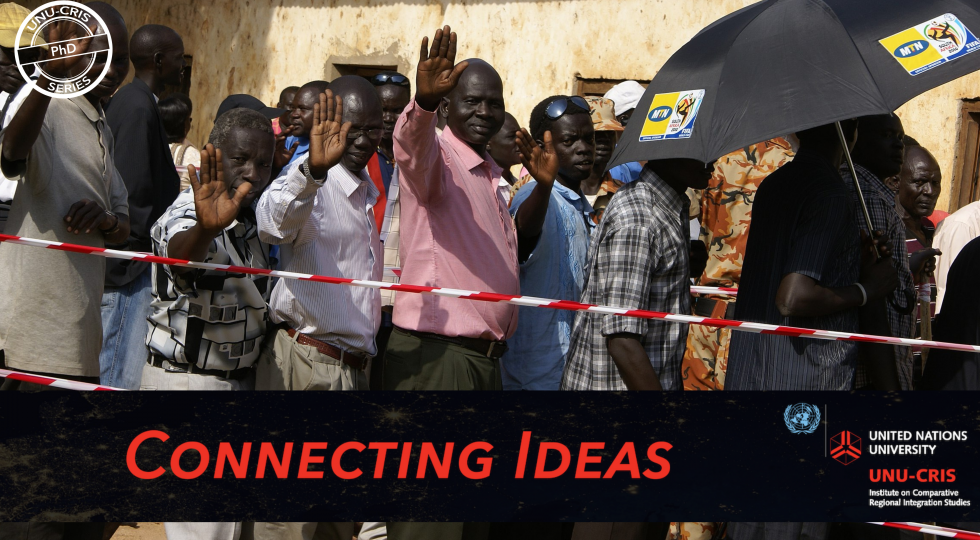 Self-determination conflicts are notoriously difficult to resolve. To settle protracted conflicts such as in Eritrea, East Timor, Southern Sudan, Bougainville, or Northern Ireland, post-conflict self-determination referendums have been held (or promised) based on the consent of the central governments concerned. Indeed, policymakers seem to think that these referendums contribute to the prospect of peace and democracy in war-torn societies.

Facing the two divergent understandings of the utility of referendums in conflict resolution, I analysed three cases of post-conflict self-determination referendums—Eritrea in 1993, East Timor in 1999, and South Sudan in 2011—and investigated their rationale and impact on peace and democracy.

In the three cases, I observed similarities despite their contextual and historical differences. Overall, self-determination referendums have value in settling the original conflicts (e.g., Sudan–Southern Sudan), but they have mixed (including unintended, negative) impact on peacebuilding within newly independent states (e.g., South Sudan).

In my doctoral thesis titled, Serving Peace and Democracy? The Rationales and Impact of Post-conflict Self-determination Referendums in Eritrea, East Timor, and South Sudan, I focused on three areas: (1) rationales behind referendums (instead of an indirect vote); (2) the referendums’ impact on resolving the original self-determination conflicts; and (3) their impact on post-conflict peacebuilding inside the newly independent states: accommodation of internal tensions, democratisation, and international attitudes.

On rationales behind a referendum, once self-determination was agreed upon, pro-independence movements, supported by international actors, strongly demanded a referendum.  There was a worry that an indirect vote would increase the likelihood of a rigged outcome; for example, representatives might be bribed or threatened in an indirect vote.

Furthermore, the referendums—the least controversial method of self-determination which ascertains the wish of the population quantitatively and directly—were necessary for central governments to justify their territories’ detachment to domestic actors against independence. In Eritrea, Ethiopians were angry that only Eritreans were allowed to vote. In East Timor, hardline Indonesians claimed that the United Nations manipulated the referendum. But, in both cases, their resentment would have been more intense if a referendum had not been held or if self-determination had been exercised through an indirect vote. Meanwhile, I did not find that the zero-sum nature of referendums was relevant even in East Timor.

When we turn our eyes to peacebuilding within new states, the referendums’ impact is far more ambiguous. There is no evidence to suggest that the referendums helped accommodate tensions within the newly independent states. Pro-independence leaders were united over the cause of independence during the referendum process, but their rivalry—Xanana Gusmão vs Mari Alkatiri (East Timor), and Salva Kiir vs Riek Machar (South Sudan)—re-emerged once independence was secured.

Finally, across all three cases, the referendum experience led to excessive optimism among international actors. They wrongly assumed that the unity of pro-independence leaders and citizens would continue after independence, that this unity indicated no tensions existed within the pro-independence movements, and that it meant democratisation would not be difficult.  Failure to understand the local dynamics had real consequences. In East Timor, the UN peacekeeping forces withdrew hastily based on this misplaced optimism, making it impossible for the UN mission to effectively deal with the 2006 crisis. In South Sudan, the international actors focused more on development than politics after independence, limiting their ability to prevent the 2013 civil war.

The post-conflict self-determination referendums have mixed impact on war-torn societies. However, some of the negative impacts could be easily mitigated. Notably, the excessive optimism by international actors is a matter of perception and thus, not inevitable.