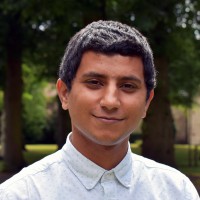 Hailing from India, Rachit Sharma obtained his Bachelor’s Degree in Engineering studies pursued a post-graduate double degree in Public Policy and Human Development, co-organised by the Maastricht University and UNU-MERIT.

Rachit studied the subjects of Regional Integration and Multi-Level Governance at UNU-MERIT because of his deep interest in the role of cities and regions in a globalised world dominated by multi-level governance. During his time as a student, he volunteered at UNICEF, successfully led several group discussions, participated in various group presentations, and has attended different international conferences across Europe. As a research intern, he contributed to the European Leadership in Cultural, Science and Innovation Diplomacy project (EL-CSID).

During his time at UNU-CRIS, he was supervised by Luk Van Langenhove, Riccardo Trobbiani and Elke Boers until the end of September 2017.