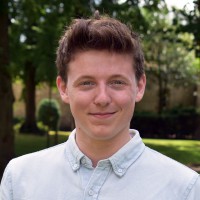 Robert primarily worked on the Regional Integration Knowledge System (RIKS) project. He holds a joint honours degree in Law & Politics from the University of Glasgow (LLB).  During his Bachelor studies, he spent a year studying at Sciences Po Paris and remained actively involved in Erasmus+ by co-founding a local student-led NGO and joining the Erasmus Student Network UK. Following the completion of his Bachelor’s, he spent three months working as a legal advisor to Oview, an E-democracy start-up in Amsterdam, before relocating to Geneva to intern at the UN Office for the  Coordination of Humanitarian Affairs, where he focussed on Emergency Preparedness and Response in the Emergency Services Branch. His research interests include peacebuilding, regional integration, security & foreign policy, international law, humanitarian action and migration.

Robert Menzies worked under the supervision of Professor Glenn Rayp until the beginning of September 2017.