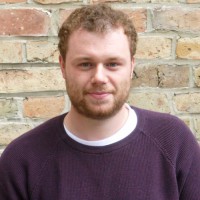 Simon holds a Master of Arts in History from the University of Ghent. After completing his Bachelor of Arts in History, focussing on Food riots in Flanders during the last great European subsistence crisis, he majored on a social and motivational study of Flemish SS-volunteers. During his academic minor studies he worked on Slavic culture and history. Subsequently Simon’s interests lie in the fields of European politics and history since 1750 and Central-, South-eastern, East-European, Russian politics, culture and history.

In the course of his four-month internship at UNU-CRIS, Simon worked under the supervision of Director Luk Van Langenhove and Research Assistant to the Director, Ewout Ramon. He assisted in a history project focussing on the relevance of the year 1947 for the European integration project and the multilateral architecture.