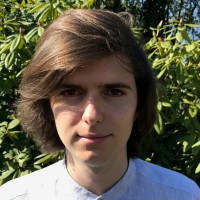 Simon Gunst started his virtual internship at UNU-CRIS on 1 April 2021.  Simon obtained a Master’s Degree in Laws at Ghent University in 2019, focusing on European law. During this Master, he spent one semester at Bond University, Gold Coast, where he got interested in the differences between civil and common law. In 2020, he obtained a Master’s Degree in EU-Studies to complement his legal expertise about the EU with the insights provided by the political sciences. His Master’s thesis for his Law degree concerned the legality of the now-defunct EU-U.S. Privacy Shield Agreement in the light of the case law of the Court of Justice of the European Union. His Master’s thesis for his EU-studies degree analysed the influence of the EU’s GDPR on the Californian CCPA through the Brussels Effect.

Simon’s research focuses on the international effects of national or regional data protection rules. In particular, he is interested in researching how to reconcile stringent data protection rules with smooth international trade. During his three-months’ internship at UNU-CRIS, he worked under the supervision of Jamal Shahin and Ferdi De Ville. He helped developing an overview of global and regional institutions that focus on developing a digital trade component.